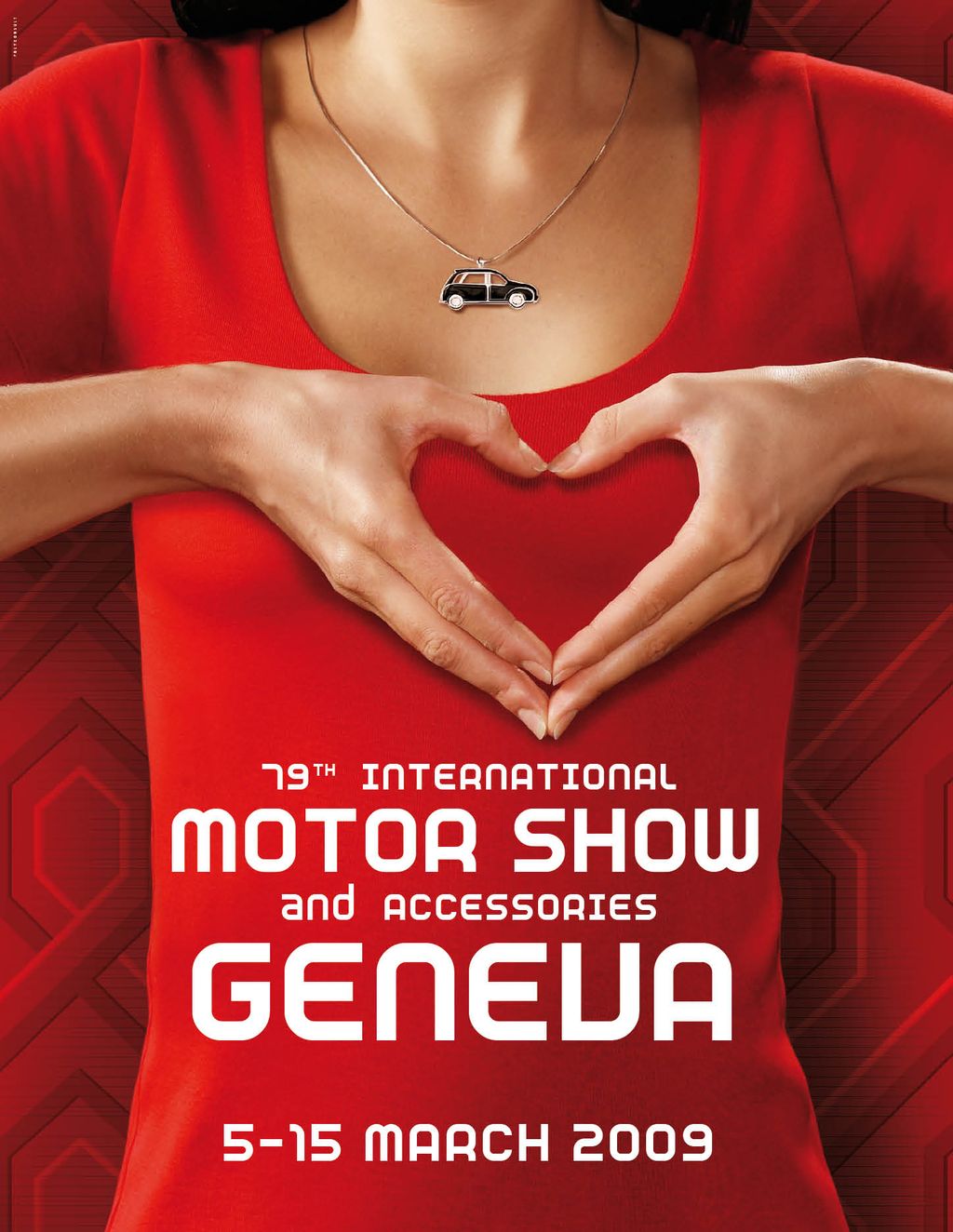 We heard it numerous times from automobile aficionados everywhere: cars aren't always just a means of taking you from point A to point B. This probably doesn't come as a surprise to most of our fellow readers, but the fact remains. The 2009 Geneva Motor Show will try to capture its visitors passion for cars in what is probably the first car show in recent years which doesn't feature a “greener future” theme.

For the second edition in a row, a Swiss agency named Polyconsult from the Bern capital has won the annual contest to create the official poster for the motor show.

“For many people, an automobile is now much more than a means of transportation. It has become a loyal friend who accompanies us daily and to whom we grow attached over time. Therefore, for many a visit to the Geneva Motor Show can mark the beginning of a new love affair – and possibly love at first sight!” a spokesperson for Polyconsult said.

"The 2009 poster pursues this idea and illustrates the emotional attachment between car and driver, a sentiment that has not changed even in the era of the iPhone and the Internet,” the aforementioned source added.

The poster will of course be embedded with a motley array of sponsorship logos, all of them being naturally connected in some way to the world of transportation. The female hands forming a heart on a red background and the car-necklace might appear as a pretty simple, even childish way of portraying what the show will be about, but hey, at least it's a break from all the “save the whales/hug a tree” themes going on lately (no pun intended).