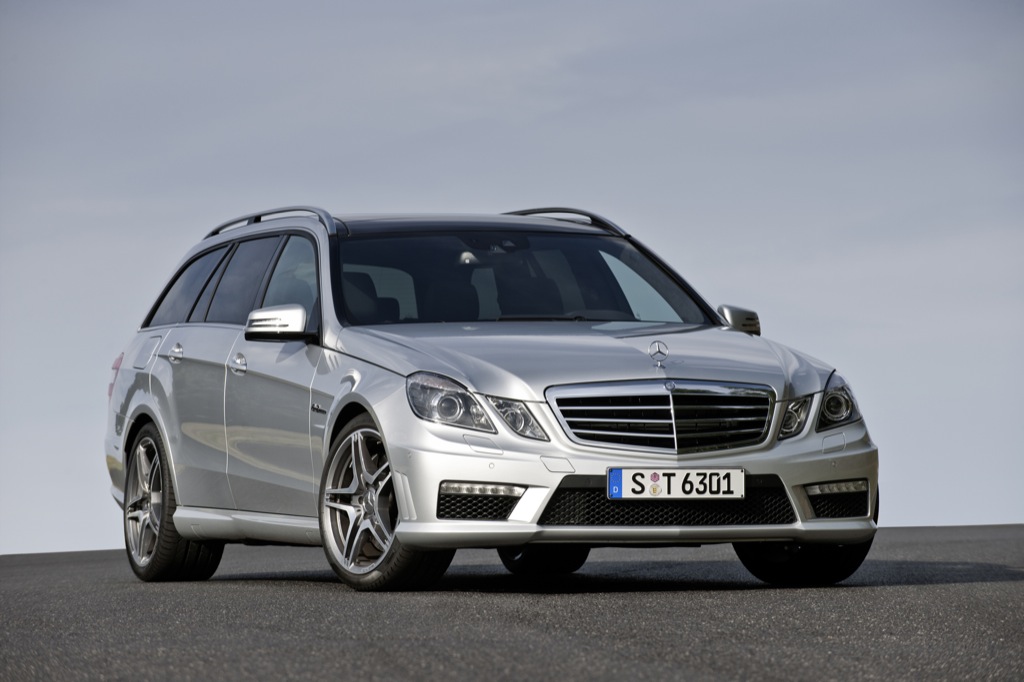 German manufacturer Daimler is showcasing at the 2009 Frankfurt Auto Show the new Mercedes Benz E63 AMG, the estate version of the new E-Klasse. As with any AMG built Merc, the E63 also boast an entire array of specialties, which make it a worthy opponent to even the Audi R8 Spyder.

The AMG version of the estate is powered by an AMG 6.3l V8 engine, developing 525 hp. It propels the estate from naught to sixty in 4.6 seconds, as fast as a sports car. The engine is paired to a AMG SPEEDSHIFT MCT 7 seven-speed sports transmission.

Handling all that power, especially in an estate, is no easy feat. AMG had to fit the E63 with a brand new AMG RIDE CONTROL sport chassis, which comes with electronically controlled damping, as well as with a new front axle.

Bringing the car to a halt is a ceramic-composite brake system offered, as an option, for the E63 AMG estate. AMG will not let all the driving up to you, as an entire array of active and passive safety systems are being offered.

Being an estate, an important feature remains the load volume made available. The E63 has a boot volume in between 695 and 1,950 liters. The load volume can be expanded by the use of several components, including the folding load compartment floor with two loading levels and folding box, the load compartment cover and the Quickfold system for folding down of the rear seats.