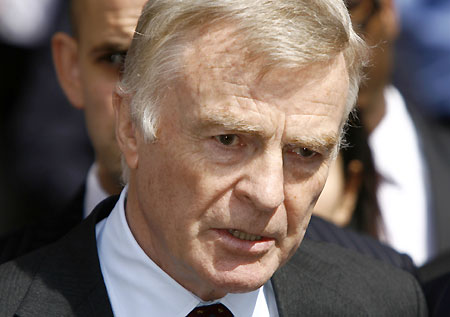 According to FIA's latest statement on Tuesday, it seems the discussions held by the international body with the FOTA representatives on the 2010 Formula One rules have now reached a dead end. As it seems, neither Ross Brawn, nor the other FOTA members that met yesterday with the FIA, in London, were able to convince the ruling body to accept the teams' cost cutting proposals for the upcoming season.

As a result of that, the FIA announced that the current rule book for 2010, including the controversial £40m budget cap, still stands. Under the circumstances, it's hard to believe an agreement between the two parties will be reached until the June 19 deadline imposed by the FIA last week.

As it emerged from a FIA press release last Friday, the 5 provisional teams for the 2010 entry list – Brawn GP, Toyota, Renault, McLaren-Mercedes and BMW Sauber – have until this Friday to lodge unconditional entries to the upcoming season. Obviously, that's out of the question now.

“As a result, the meeting could not achieve its purpose of comparing the FIA's rules with the FOTA proposals with a view to finding a common position. In default of a proper dialogue, the FOTA financial proposals were discussed but it became clear that these would not be capable of limiting the expenditure of a team which had the resources to outspend its competitors. Another financial arms race would then be inevitable. The FIA Financial Regulations therefore remain as published,” added the official document published on FIA's official site.

FIA's stand comes only a day away from their latest announcement regarding the FOTA representatives, suggesting that some members of the teams' body are deliberately trying to prevent the two organizations from reaching a deal. The FOTA decided not to comment on that.