1 Schumacher Urges FIA to Take One Step at a Time 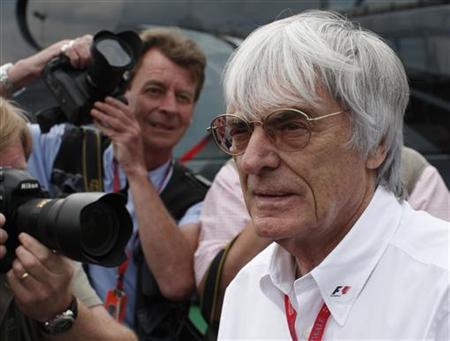 With the prospect of the Formula One manufacturers forming a breakaway series getting more serious by the day, Formula One Management boss Bernie Ecclestone made it very clear that he will react quickly to prevent that from happening. The F1 supremo threatened the FOTA representatives that he would take legal actions against each and every one to the teams involved in the potential project, if they were to decide on forming an independent series of their own.

The FOM is currently the rights holder for the Formula One Championship, setting the financial and management standards of the sport. The company is controlled by the 78-year old Ecclestone, who insisted he won't accept a betrayal from the Formula One teams.

“Apart from my contracts with teams, if somebody went to any of our contracted people, companies, television contractors, we would view it very seriously. Any action could run to hundreds of millions of pounds, who knows how much?” argued Ecclestone in the British newspaper Daily Express.

On the other hand, Ferrari have so far been very consistent in their threat to form an alternative series to Formula One, if the FIA will not renounce the budget cap rules for 2010. Although Max Mosley is believed to have sent a warning letter to the Maranello team, arguing they are obliged to join the series in 2010 as part of their individual agreement with the FIA (signed in 2005), team principal Stefano Domenicali ruled out any obligation that his team may have towards the FIA.

“We had an agreement with the FIA, but we felt that the obligations inside that agreement were breached, so the agreement is not valid any more,” Domenicali was quoted as saying earlier this week.

With an agreement between the FOTA and the FIA still pending, McLaren seem to have become the only reconciliatory force between the three parties involed – FOTA, FIA and the FOM. Although admitting there are a lot of strong personalities at the discussion table, team principal Martin Whitmarsh does not rule out a compromise within the next few days.

“Unfortunately the teams, the FIA and the rights holders do not always share opinions, but it would be wrong to tear up everything built up in the past 60 years. This is a sport with a lot of very strong personalities involved. Perhaps after so long some parties think they don't need the other any more. But if we leave personal considerations aside, a compromise is possible,” said the Englishman in an interview with the German media this week.