Drivers To Get New GPS Unit, Navigon 5100 Approved by The FCC 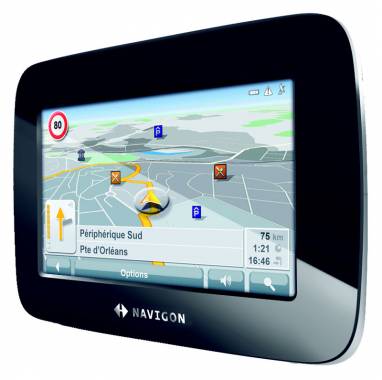 We all know that seeking for an unknown destination point with a car equipped with a GPS unit is as easy as night cruising for most drivers out there. However, don't forget that you only need a single GPS malfunction such as an error, a battery problem or a display issue, to get lost and turn the so-called night cruising into the seek for the light at the end of the tunnel.

Well, Navigon prepares to roll out what seems to be one of the most powerful GPS units of the company although some people say that it may be inspired by products belonging to its rivals, including Magellan or Garmin.

In fact, Navigon seems to adopt a similar market strategy as its competitors: the newly-designed Navigon 5100 is supposed to be available in a large number of variants, depending on the number of features. Obviously, the price of the whole package will vary on the functions, so the top version will be also the most expensive.

There are no confirmed features at the time of writing this article but the GPSTracklog.com editors inform that the upcoming Navigon 5100, which was recently approved by the FCC, may be equipped with Bluetooth connectivity support, a 4.3-inch screen combined with text-to-speech pronunciation of street names and directions. There's no word on the price or on the launch date yet but the device is expected to be released in the fourth quarter of 2008.

At the first look, the Navigon 5100 seems to share numerous functions with the older model 7100 which also features a 4.3-inch LCD screen with lifetime traffic updates and 2D or 3D maps. The 7100 model is available for about $300 so the upcoming Navigon 5100 may be sold for approximately 400 bucks.