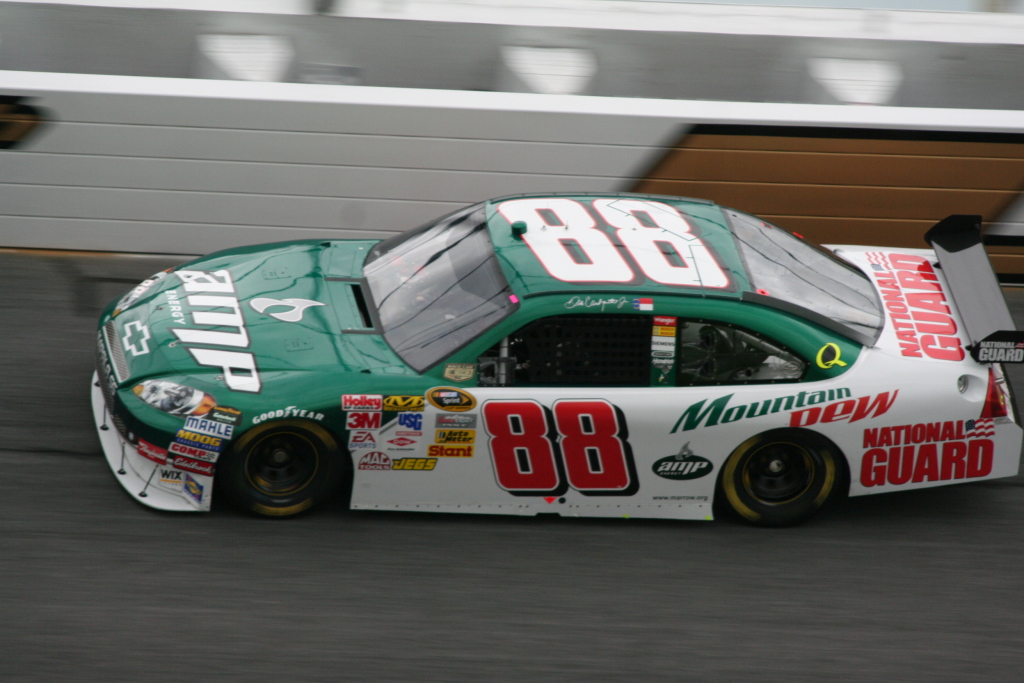 Dale Earnhardt Jr will begin the 2011 NASCAR Sprint Cup season from pole position when the action in American stock-car racing resumes on February 20th, for the Daytona 500 race. And the timing couldn't have been better, as this year's season opening round will celebrate the 10th anniversary of Dale Earnhardt's fatal accident in the last lap of the 2001 Daytona 500.

Hendrick Motorsports completed a front row sweep on Sunday, as 5-time Sprint Cup champion Jeff Gordon scored the second best time of the qualifying session, only 0.032 seconds off Earnhardt Jr's pace (48.364). This will be the third time Hendrick Motorsports will field two cars in the top 2 position in the Daytona 500 race.

“It's going to be a tough race to win,” argued pole winner Earnhardt Jr. “We're going to work really hard. The main thing this does for me is it takes a lot of pressure of for the [Gatorade Duel] qualifier. I can just go out there and have fun, try to have fun winning that race. Don't really need to worry about where I need to finish. Just need to bring all the hard work home this week.”

Third placed on the timing reports was the surprising rookie Trevor Bayne, who took his Wood Brothers' #21 Ford only 0.168 seconds behind Earnhardt Jr. Bayne's was the only Ford present inside the Top 9, despite the fact that this will be only his second start in the series.

Fourth fastest was Paul Menard, who finished ahead of Clint Bowyer, Jeff Burton, Ryan Newman, Mark Martin, Tony Stewart and Greg Biffle. However, those will not be their starting positions next Sunday, as that will be determined through the Thursday's Gatorade Duels. Dale Earnhardt Jr. and Jeff Gordon will be the only ones who'll get to keep their positions for the race.

In all, 39 drivers have confirmed their presence in the 53rd Daytona 500 event next week through speed, with the last 4 to make it in the event based on their performances in Thursday's Gatorade Duels.