2 Daimler Opens Office in Iraq
Up Next

Daimler to Assemble Trucks in Iraq 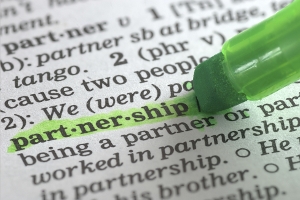 A recent partnership agreement between Daimler and the State Company for Automotive Industry (SCAI) will allow the German automotive group to supply the complete Mercedes-Benz trucks and assembly kits to Iraq.

The agreement, which was signed in the German embassy in Baghdad yesterday, is the result of a Memorandum of Understanding (MoU) that Daimler signed with the Iraqi government in July 2008. Daimler will therefore supply tools and equipment for truck assembly and provide technical support on site.

One year ago, Daimler opened its Corporate representative Office in Iraq's capital, Baghdad, which was meant to define market opportunities for trucks and buses. In February 2008, Daimler set up a motor vehicle training workshop in Erbil, northern Iraq, to train and qualify workers from the local area.

“The establishment of the representative office was the first concrete step toward the company’s return to the Iraqi market, as well as a demonstration of Daimler’s desire to support the Iraqi government and population as they rebuild their country’s infrastructure,” a company statement reads.

The Iraqi government is currently in a reconstruction period after a six year period of war. In mid-2009, the government decided it was time to make some money and decided to sell oil fields. It therefore auctioned contracts to run eight giant oil and gas fields in the region.

The biggest contract went to a BP-led consortium including Chinese CNPC. They will be in charge of the 17 billion barrel Rumalla field. The companies which won the auction will be paid per barrel of oil produced above a certain amount.