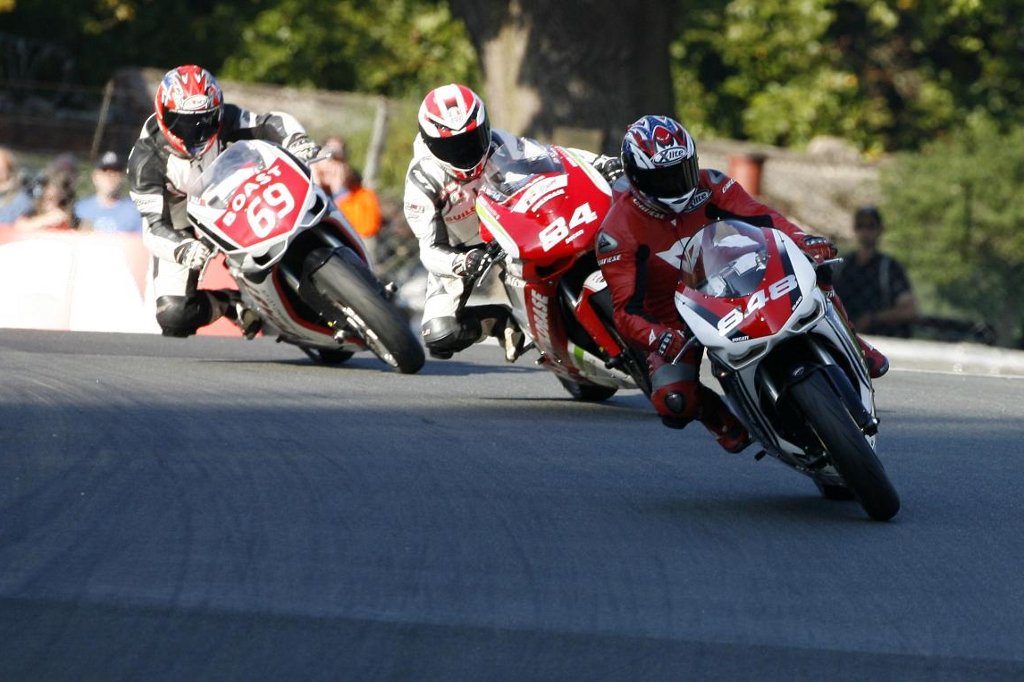 Four-time World Superbike Champion Carl Fogarty has just been named the 2011 Ducati 848 Challenge ambassador, after last year he rode an 848 on a parade lap at the Oulton Park British Superbikes round to help promote the series.

Fogarty will make a number of appearances at British Superbike rounds as well as possibly one or two at the overseas rounds at Assen and Monza. He will be on hand to give advice and mentoring to the 848 Challenge riders and pass on his knowledge of the seven circuits that the series will visit. As well as sharing his experience with the 848 Challenge riders Carl will also be available to present trophies, media interviews and personal appearances.

“I am very pleased to be asked to be involved with the 848 Challenge and pass on my experience to the riders and also hopefully help some of the young and up and coming guys. The 848 Evo is a fantastic bike and the Challenge should produce a great spectacle at every one of the eight rounds,” Fogarty said about his new ambassadorial role with Ducati and the 848 Challenge.

The 848 Challenge starts at Brands Hatch on April 23, where Carl Fogarty will be attending to present trophies to the winners, among other duties that are including in his new ambassadorial role.