1 Mercedes-AMG GT Is a Slow Seller, Yet Customers in the US Complain About Availability

2 2017 Mercedes-AMG SL63 Spotted for the First Time, and on Halloween No Less

3 We Wish You Could See This Mercedes-AMG GT S with Camouflage Wrap, but It’s Camouflaged

Home > News > Industry
Vlad Mitrache
If it’s not the Tesla Model S, then there’s the Nissan GT-R or the Porsche 911 Turbo S; and if everything else fails, there’s always the Bugatti Veyron to fall back on when a new sports car needs some real life acceleration benchmarking.
1 photo
The clip below shows a short battle between Mercedes-AMG’s fastest current offering and the old Bugatti Veyron that’s quietly waiting to be retired but can still pack quite a punch. Or rather a kick, as it’s 1,001 horsepower we’re talking about here.

That’s 19 hp short of being the exact double of what the Mercedes-AMG GT S is generating. And, from a purely mathematical point of view, double the power would make perfect sense. The Bugatti uses an eight-liter W16 turbo engine formed by joining two four-liter W8 engines at the crank. The Mercedes-AMG GT, as you probably very well know, has a four-liter twin-turbo V8 engine that hasn’t been joined at the crank with anything. Unbalanced? Yes, you could say that.

So how could the Bugatti “almost” lose the fight with a rear-wheel-driven car with half the power (OK, and a lot less weight)? Well, there’s only one word for it: cheating.

With the starting mark getting closer, the guy driving the Mercedes-AMG GT S ignores everything his mother told him when he was young and floors the accelerator early. Like, very early. The Mercedes flies to about 100 feet in front, but the Bugatti passenger isn’t disturbed one bit, “a little bit of cheating there, but that’s OK.” Here’s the footage from both cars: 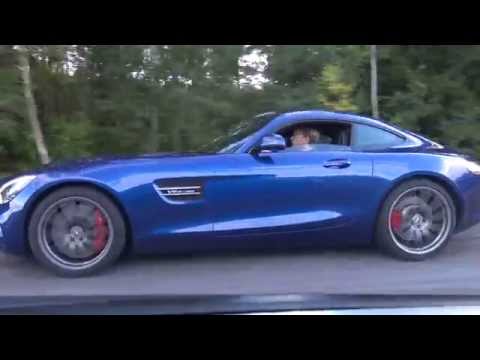 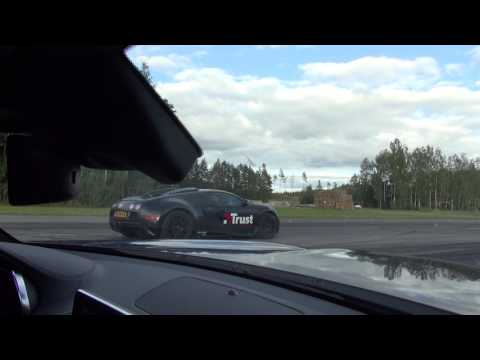