2 I Can Handle Criticism - Schumacher 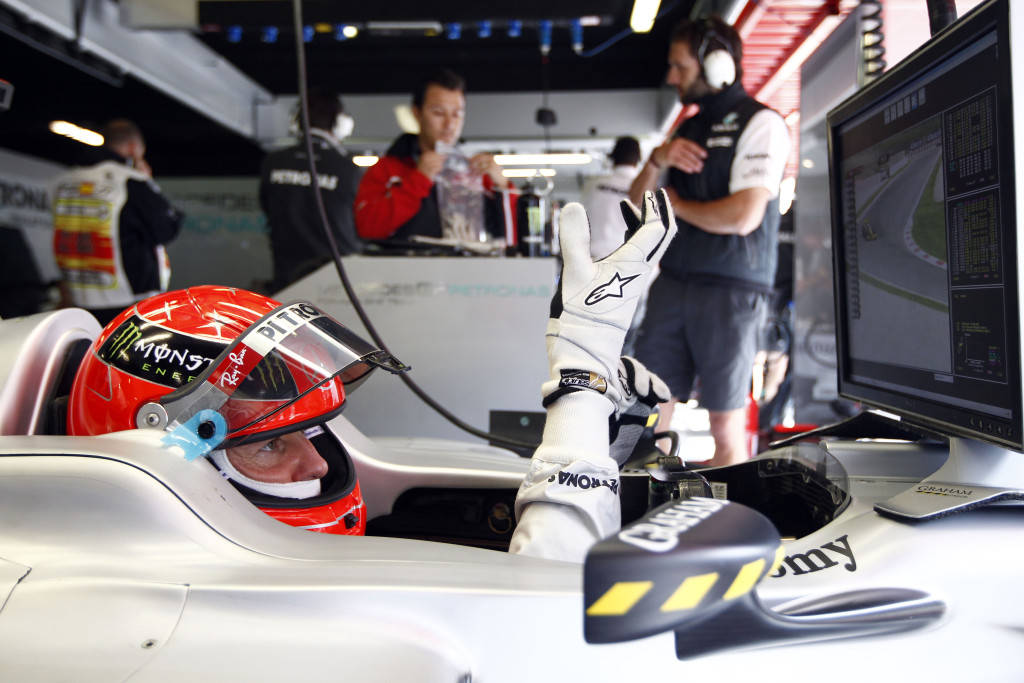 Michael Schumacher's struggles in 2010 could have been avoided, at least partially, had Mercedes GP benefited from a state-of-the-art simulator. That would have given the 7-time world champion some clue on how the new car would behave on the track with the new Bridgestone tires, elements that were part of Schu's problems last season.

Asked by Germany's Auto Motor und Sport if the 42-year old would have stood a better chance at a successful F1 return with some prior simulator testing for McLaren or Ferrari (their simulators are known to be the best in F1 at the moment), team boss Ross Brawn said: “Probably.”

“He would have been able to work much more on the behavior of the tires. That we do not have a top simulator was certainly not a help.”

Additionally, he announced that such a simulator is in the works at the team's Brackley headquarters, but it will be fully functional only from 2012 onwards.

“We should make a big step with it over the winter. This technology cannot be bought on the market,” admitted Brawn, hinting that with the new era of restricted testing and engine development freeze, simulators and wind tunnels are becoming a more important part of F1 than before.

Asked to share his thoughts on the new tire change from Bridgestone to Pirelli for 2011, Brawn admitted that only the first few sessions of testing with the fully new package (car and tires included) will give him a glimpse of what to expect in the season to come.

“When there was the change from Michelin to Bridgestone a few years ago, many drivers had problems, including top guys like Alonso. The change to Pirelli will be similar and whether it plays into the hands of Rosberg or Schumacher is difficult to predict,” added the Mercedes GP team boss.