2 BMW Planning to Turbocharge All Four-Cylinder Engines
Car video reviews:
Up Next 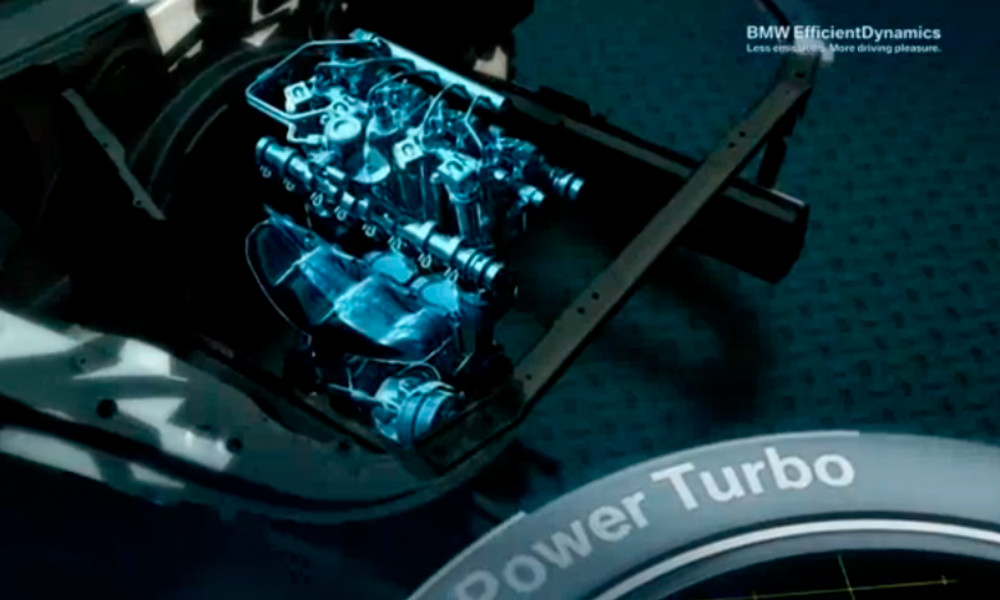 You probably already know by now that BMW has big plans for the four-cylinder turbocharged engine, but the carmaker wants to make sure we understand what the change means, as it has launched a fancy new CGI animated promo for the EfficientDynamics engine family featuring TwinPower Turbo.

The video starts with a section of the engine’s crankshaft being stamped out, next comes the piston and other components being created by an android of some kind. It goes on to demonstrate BMW's "Perfect Cylinder" combustion via turbo, Valvetronic and the direct injection technology.

The robot then puts the whole thing together and creates a four-cylinder TwinPower Turbo engine, which he then places in a car’s chassis in a longitudinal position. If only making an engine was so simple!

Hardcore BMW fans might want to look away now, as the robot then takes the same engine and mounts it transversally. This is an indication of the upcoming front-wheel drive configuration that could end up in the next 1-Series, as well as MINI models.

Some have argued that the change will mean that BMW’s essence of great driving dynamics will be diluted.

The video continues with the modular engine being expanded to 6-cylinder and then it's cut in half using a laser. The resulting 3-cylinder unit is fitted to a new smaller vehicle presumably the upcoming i3, seeing as the engine is mounted in the back of the car. BMW has big plans for the i3, as it wants to sell up to 30,000 units of its upcoming electric city-car in its first full year of sales in 2014, a number that matches current volume figures for the MINI Clubman.