4 The CAN AM M1C Replica by LMP Engineering
Up Next

BMW Vision Efficient Dynamics to Be Built in Leipzig 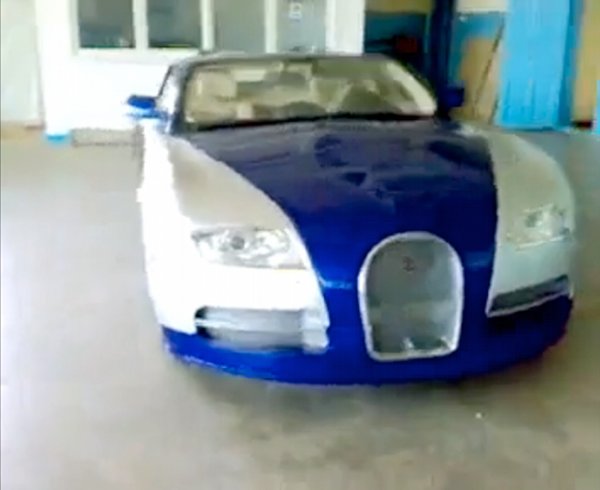 Let’s say that we knew extraterrestrials were coming and we had to make a list of things to show them at an official meeting. You know, certain stuff that represents humanity. Of course, one or more vehicles should be on the list. And if we had to choose a car, the Bugatti Veyron would probably be THE ONE.

The hypercar is in some sort of a segment of its own and manages to impress even when standing still. Thus, the Veyron has become a cult object, even to people who don’t necessarily praise automotive creations in general.

Considering all this, it becomes obvious that for automotive enthusiasts, the Veyron is life at its best. Unfortunately, the car also comes with a major disadvantage: its price. This is why one car aficionado has decided to take faith in his own hands and has created his own Veyron replica.

The result of his action can bee seen in the video bellow. The uploader of the video claims that the vehicle you see here used the BMW 6 Series as a starting point. Unfortunately, the poor quality of footage doesn’t allow us to take a good look at the details of the car. However, the video also takes us inside the creation, where we can see elements belonging to the German coupe.

We’re not here to discuss whether building this replica was a good idea or not, we just wanted to show you what extreme passion can do. You can sit back and... try to get as many details as you can from the video.