2 Audi A5 Touched by Project Kahn

3 Audi Releases Black Edition Trim for A4 and A5

4 Audi A4, A5 and Q5 to Receive 8-Speed Auto Gearbox
Car video reviews:
Up Next 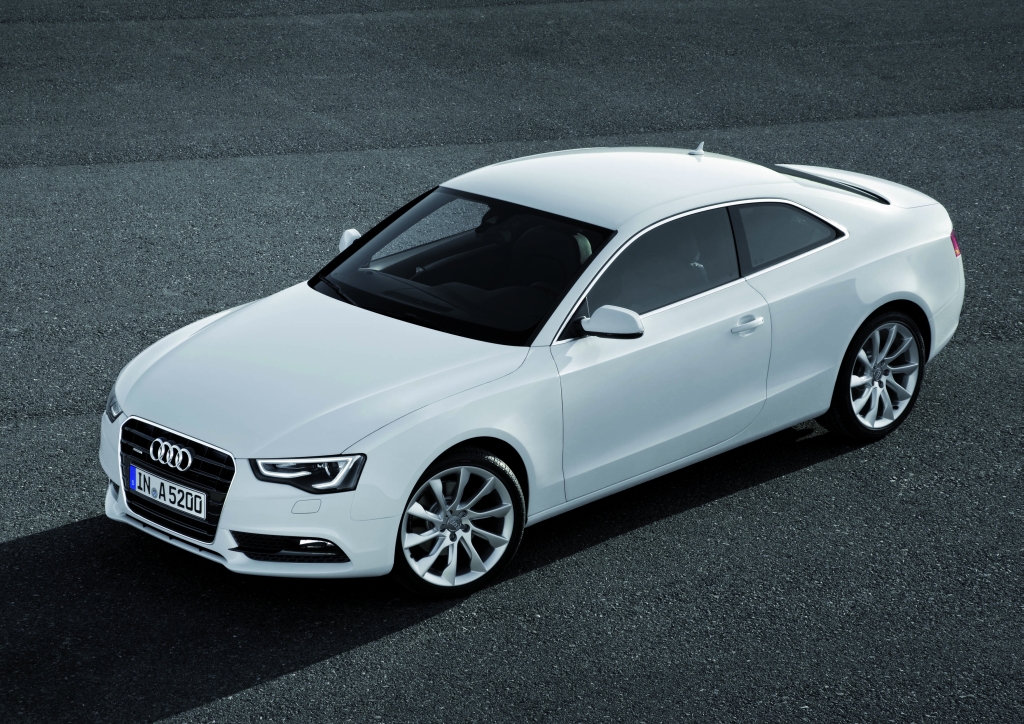 After he was done with his work on the A5, designer Walter de Silva said its was probably his best work ever. Well, it just got a little better, as the whole A5 range has been revised.

Let’s start with what’s under the bonnet! Every one of the TDI diesels and TFSI petrols have direct injection fuel delivery system now. The base model A5 is equipped with a 1.8-liter TFSI that gets its power increased from 160 hp to 170 hp. A number of innovations have resulted in an 11 percent decrease in fuel consumption to 5.7 liters per 100 kilometers on the European test cycle, which translates into CO2 emissions of 134 grams per kilometer.

In the middle of the petrol range sits the familiar 2.0 TFSI that has kept all of its 211 horsepower. Two transmissions are available: a six-speed manual transmission or an eight-speed Tiptronic automatic. New to the range of 2012 A5 models is Audi’s new 3.0 TFSI, a supercharged V6 producing 272 hp.

Three V6 engines complete the A5’s diesel line-up. A 3.0 TDI is available with either 204 hp or 245 hp, and they will be joined later in the A5’s life cycle by a low-emissions model that already meets EU6 emissions regulations, the first coupe on the market to do so.

From a cosmetic point of view, the overall shape has been kept untouched, but some of the details have been refreshed. The grille gets beveled upper corners finished in gloss black, the front bumper houses more pronounced air inlets, the hood gets a bunch of new creases, all combining to make the front end look slightly flatter and wider. The optional Xenon headlights come with LED daytime running lights.

LEDs can also be fitted to the lights at the back, which are also tweaked. The optional S-line sport package adds more black accents to the car, a sportier suspension, and 18-inch wheels.