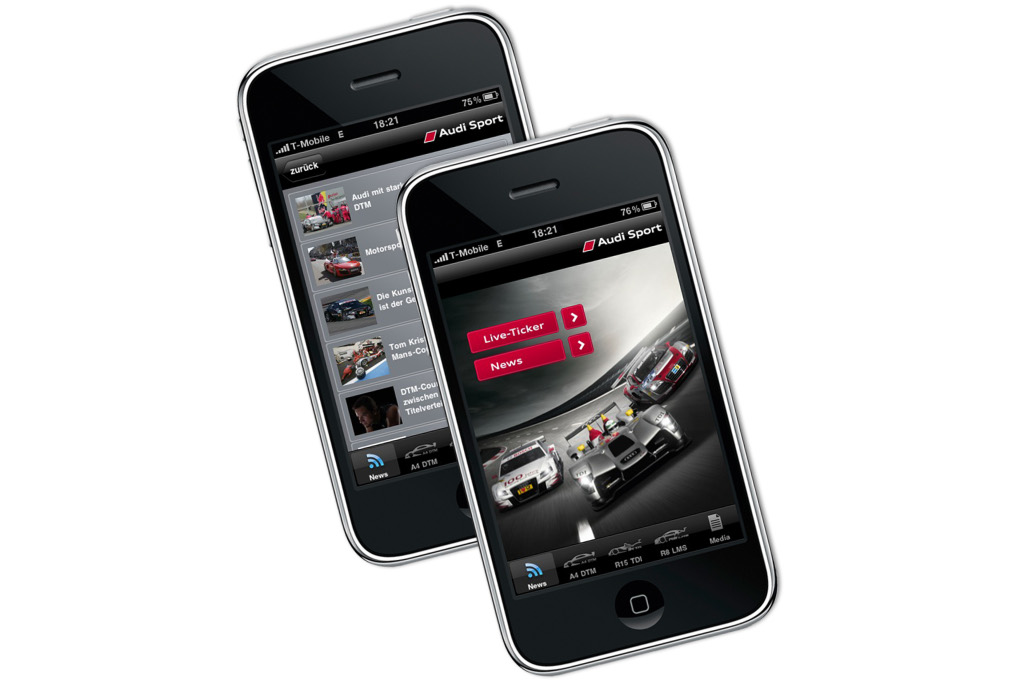 One day before the official start of the Deutsche Tourenwagen Masters (DTM), German carmaker Audi confirmed that it will make all the racing series in which it contests this season available on the iPhone, the iPod Touch and the new iPad (obviously, the German Touring series are included in the application).

The application will be named “Audi Sport” and, according to the latest press release from Audi, can be downloaded free of charge from the App Store from as early as today.

“The new application offers the latest news, results, point standings, photos, sound bites, videos and background information on Audi AG’s extensive motorsport commitment. (...) During the next few months the App will be progressively extended and enhanced by additional features,” red a statement from Ingolstadt-based company.

The series that the fans can access through their iPhone for extensive coverage are the soon-to-begin DTM championship, Audi's Le Mans programme (including the famous endurance race 24 Hours of Le Mans) and the marque's GT3 customer sport program.

“The Audi A4 DTM, the R15 TDI diesel race sports car and the Audi R8 LMS are presented in detail as well as all Audi drivers and Audi "factory" teams. A live ticker keeps users up to speed on all major racing commitments. The App offers media representatives a dedicated service area from which TV footage may be ordered,” added the Audi release.

Audi have won the last 2 drivers' crowns in the DTM through Timo Scheider, and will this season attempt to conquer their first manufacturers' title in the last 3 years.