5 GM Working on Aluminum Trucks?
Car video reviews:
Up Next

Blending exclusive design features and off-road prowess, the 2015 GMC Sierra All Terrain HD joins the American manufacturer's range of versatile pickup trucks. The highly capable model will go on sale this summer, with pricing to be disclosed closer to launch.
11 photos

Boiled down to its core values, the all-new 2015 GMC Sierra HD lineup consists of machines that can tackle tough jobs comfortably, while the All Terrain HD spices things up with a dash of style, as well as permanent four-wheel drive for added capability.

Available as a 2500HD and 3500HD double cab and crew cab, customers also have the possibility to opt between two trim levels: SLE or SLT. Among other heavy-duty components, the four-wheel drive system also comes with an electronically controlled transfer case.

All variants of the 2015 GMC Sierra All Terrain HD are equipped as standard with the Z71 Off Road Package, consisting of Rancho twin-tube shocks, hill descent control and a skid plate tough enough to withstand the most adverse conditions imaginable both on the road and off it.

A Vortec 6.0-liter V8 with variable valve timing offers a balanced combination of towing power, performance and efficiency, especially at low rpms. Rated at 360 horsepower and 380 lb-ft (515 Nm) for the 2500HD model and 322 horsepower and 380 lb-ft (515 Nm) for the bigger 3500HD, this powerplant is mated to a Hydra-Matic 6L90 six-speed automatic transmission.

A Duramax 6.6-liter variable vane turbocharged diesel with 397 horsepower and 765 lb-ft (1,037 Nm) of torque is also available on both models. It is mated to an Allison 1000 six-speed auto box featuring tap up/tap down shifting. But don't get fooled by the rough and ready look and the massive torque figures of these two powerplants because modern heavy-duty trucks aren't just tools with a trailer hitch at the back. 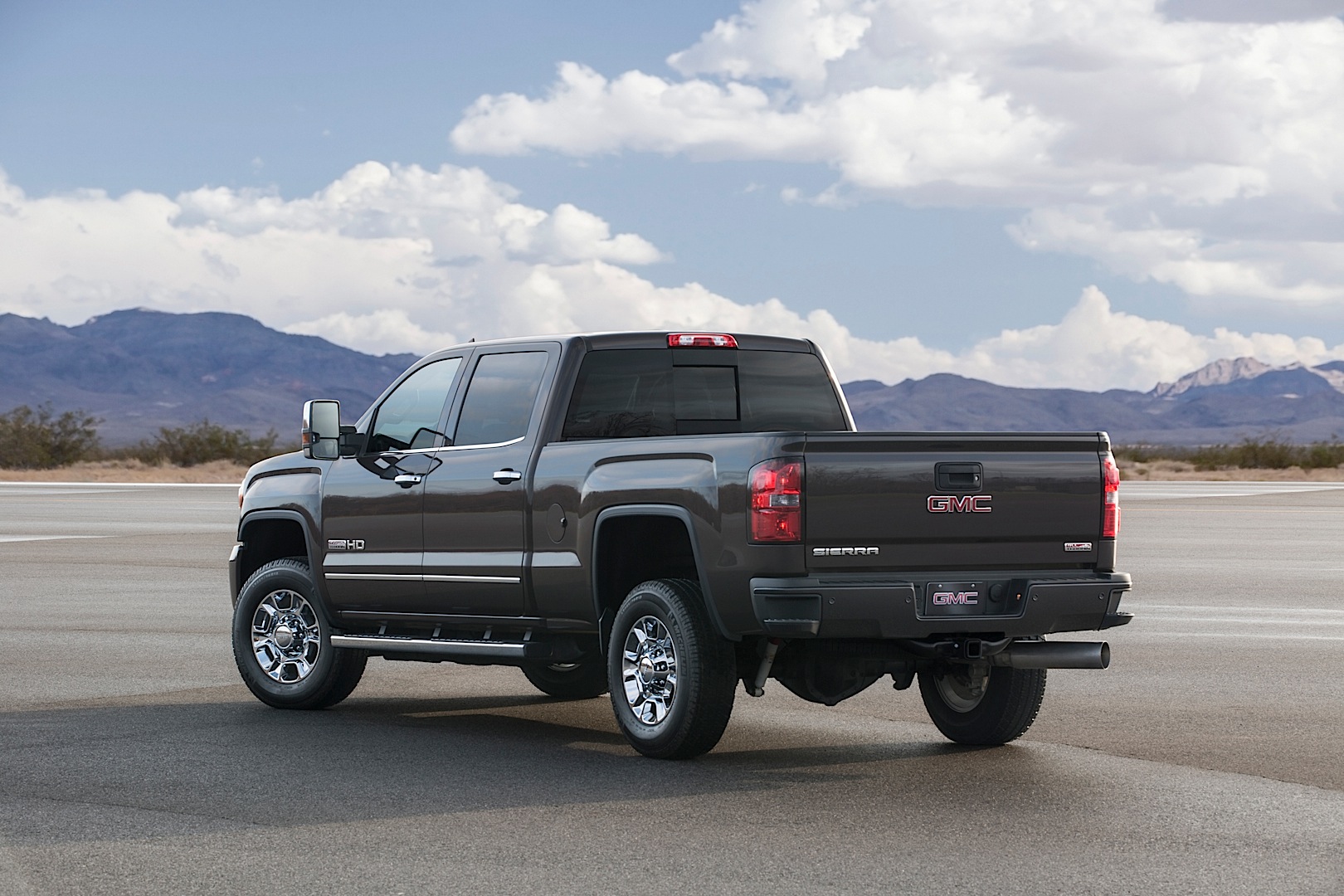 The all-new All Terrain HD from GMC comes with exclusive aesthetic features including a chrome surround for the grille, great exterior graphics and unique design 18-inch six-spoke chrome cast-aluminium wheels. 20-inch wheels are an optional extra on both the 2500HD and 3500HD, along with a set of adjustable outside camper mirrors with chrome caps.

The 2015 GMC Sierra All Terrain HD pickup truck is backed up by GMC's Pro Grade Protection, consisting of two years of scheduled maintenance and a 5-year/100,000-mile warranty for the powertrain.