Home > News > Car Profile
Gabriel Brindusescu
Toyota managed to make the new Corolla model look and feel more upscale while keeping the same trusty mechanics that made it famous.
1 photo
So, with the automaker applying the “keep what works, change what’s not working” rule, it is obvious that the exterior look suffered a complete makeover.

We have to admit that the new Corolla looks to have been cured from its dulness, and the new shape makes it instantly recognizable. There is even an S grade model that makes the front fascia look more aggressive than the other versions.

Another major improve is represented by the new LE Eco trim, which surprisingly is both economic and the most powerful in the range.

The interior received a major overhaul, especially the dashboard, which has adopted a more horizontal sharp design, while also using better-quality materials.

See the video bellow for the full review from The Fast Lane Car. 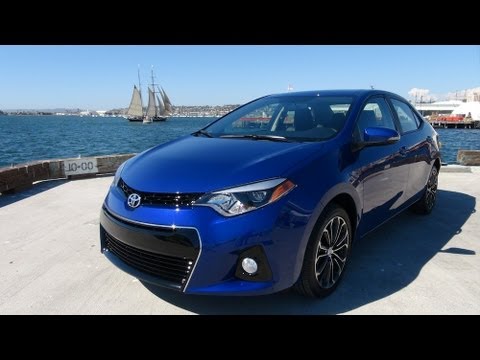