Someone Wants to Bring Back a Piece of Venus’ Atmosphere, And Some Cloud

2012 Toyota RAV4 EV Will Be Offered to the General Public 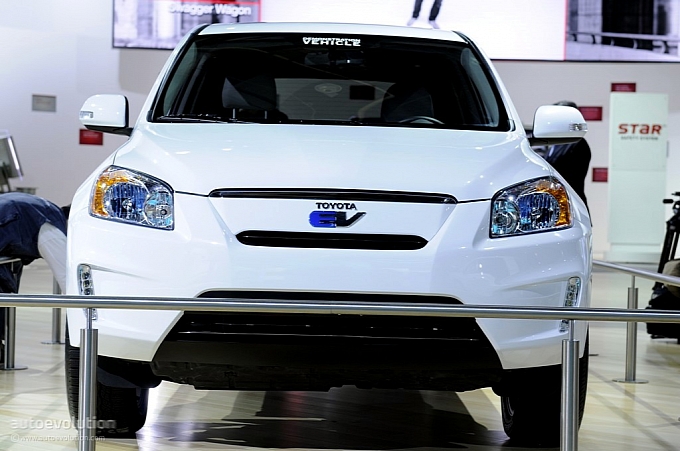 Rumors circulating the Internet in the past few days suggested that the Japanese carmaker Toyota will not sell their RAV4 Electric Vehicle to the general market, instead opting to offer it only to fleet customers and car sharing programs. The Big T has denied the rumors in an official press statement, saying the production version of the RAV4 that runs on batteries will be offered to all its potential customers. What’s more, the company says it’s sure it will be a big success and that there is plenty of demand for such a vehicle.

“The 2012 RAV4 EV will definitely be sold to the general public. We anticipate robust public interest in the RAV4 EV and are keen to inform consumers that their future vehicle options include a battery electric Toyota,” the carmaker says.

The Toyota RAV4 EV is a result of the collaboration between Tesla and Toyota. It was first shown at last year’s Los Angeles Motor Show in November 2010, after which it was on display at this year’s NAIAS in Detroit, back in January. The final production version is widely expected to see a few design changes that will make it look more like a regular car, with changes to take place at the front. On the inside, the electric RAV4 features custom seat trim, multimedia dash displays, push-button shifter and dashboard meters.

The electric drive train which powers the model, supplied by Tesla, comes in the form of 30 kW lithium metal oxide which gives it a range of around 100 miles (160 km).