2012 Bremach T. Rex Is the Roughest EV in the World 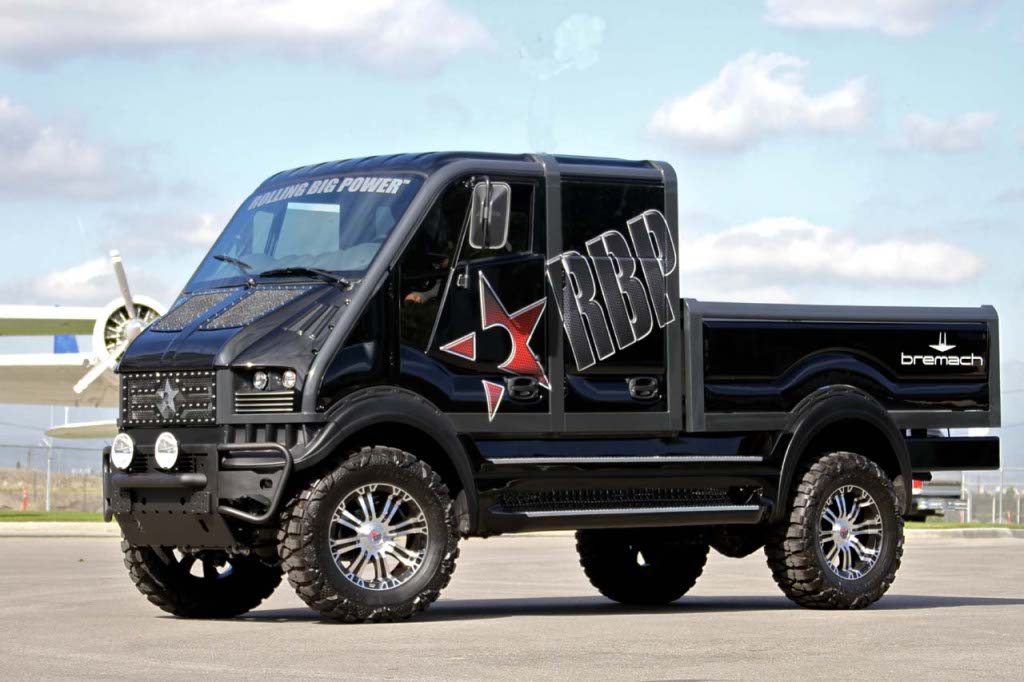 Bremach is keen on producing heavy machinery that will certainly do the job. It’s latest creation is called the T. Rex and it looks as if it came out of a SF movie.

It looks great and it's hard to believe that it’s an electric vehicle. Tesla Roadster proved EV technology can work in a sports car and now, with the help of the T. Rex, Bremach makes a clear statement that EVs can be hardcore off-road heavy duty machines. The instant torque of the electric engine gives a head start for T. Rex when it comes to proving its abilities in hard terrain compared to a normal petrol engine powered off-roader.

The car is available with a traditional 6.0-liter Chevrolet V8 petrol engine and a six-speed manual or five-speed automatic gearbox. Even with a big-bore borrowed from Chevy, Bremach says the truck will make 20 mpg on the highway.

For eco friendly customers, gas and hybrid options are available as well. For the bodywork, Bremach offers a two- or four-door hardtop or a two-door convertible. The fully packed with options and extras T.Rex is priced at just over $120,000 (EUR 84,000). That’s not cheap, but at least you’ll be the roughest driver out there.