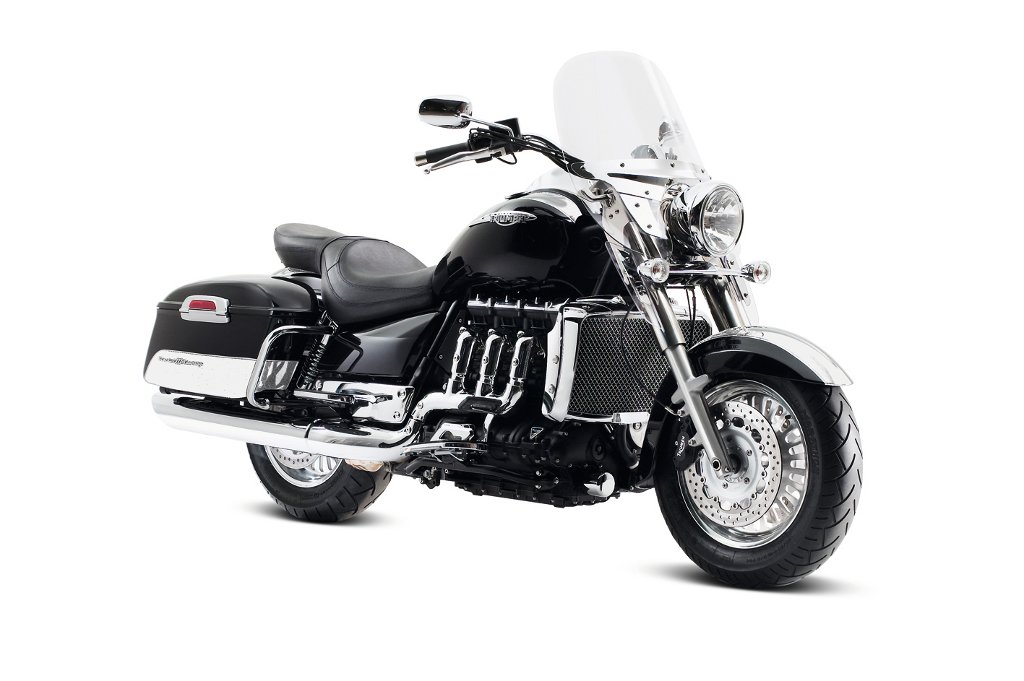 British manufacturer Triumph has added the Rocket III Touring to its 2011 line-up, combining the classic touring cruiser style with the 2.3-liter Rocket III engine. The bike also benefits from the company’s advanced anti-lock braking system for the first time.

Powering the Rocket III Touring is Triumph’s 2,294cc triple engine, which has been tuned specifically for the needs of the touring rider. The engine delivers 203 Nm (150 lb.ft.) of torque through the low maintenance shaft drive system at just 2000 rpm, “making overtaking in any gear safe and effortless, even when fully laden with passenger and luggage,” as Triumph says.

The Rocket III Touring’s chassis has also been developed with a low centre of gravity, accompanied by 16-inch wheels and 180 section rear tire. The seat is built using two separate layers of cushioning of different densities, with the pillion also benefiting from an additional gel layer for enhanced comfort and ‘day long’ capability.

“The finely tuned suspension has been developed with comfort and control in mind, while comfort and practicality are enhanced with the standard fitment of quick release screen and 36-litre panniers,” a company statement reads.

The high specification continues with the addition of an analogue fuel gauge and LCD clock and trip computer, all mounted alongside the speedometer in the stylish tank-mounted chrome nacelle. Teardrop shaped rider and passenger footboards are also a standard feature, while accessories include alternative touring screens, sissy bars, racks and auxiliary lamps, as well as a host of chrome and leather items.