Rolls-Royce introducing an all-new creation focusing on attributes such as speed is not an everyday thing. And yet, this is exactly what they've done with the Wraith, which Goodwood calls "the most dynamic, involving driving experience in the marque's history."

In the process of putting that to the test, we shall start with its actual description, as the Wraith is the coupe incarnation of the brand's Ghost model. Mind you, a simple glance at the spec sheet reveals that this is much more than a Ghost with two fewer doors, which is the reason we are here for.

The designation of the model comes from the late 1930s, when Rolls-Royce introduced the original Wraith as a rolling chassis. Back in the day, this is how the business went on. If you wanted an automobile of this sort, you had to turn to a coachbuilder for the rest of it.

Despite the 75-year distance between the two iterations of the Wraith, there is more to their bond than just the name. In the coupe-ization process, the Wraith was gifted with a set of fastback swooping lines originating in its predecessor's era, when the aforementioned coachbuilders drew such beauty in metal.

In addition, the greenhouse is clearly separated from the rest of the body. While our test car didn't make use of this, the scheme represents a perfect canvas for Rolls-Royce's famous two-tone color schemes.


Then there are the suicide coach doors.


These are some of the largest doors we've seen and, to help deal with this, they can handle their own movement. From the outside, any opening or closing only requires a brief impulse. When inside the car, one simply has to use the dedicated open/close button placed at the bottom of the A pillar. The rest is electro-mechanical action.

Any vehicle with a Rolls-Royce badge has a sort of surreal visual presence on the road and this is, of course, also true for the Wraith. Nonetheless, while keeping the imposing stature, the coupe looks a bit more down to earth when compared to the Ghost.

Part of the credit goes to the new dimensions. The Wraith keeps the F01 BMW 7-Series-based platform. Still, compared to the Ghost, the newcomer is about five inches (127 mm) shorter, while its wheelbase has lost seven inches (178 mm). At the same time, they've subtracted two inches (51 mm) of height.

Rolls-Royce designers and engineers have also turned to a host of tricks in their quest for dynamic drama. For instance, the rear track is now one inch (25.4 mm) wider, while that massive pantheon grille now sits deeper within the front end's lines. Even the Spirit of Ecstasy adorning it is tilted forward five extra degrees, as if it was preparing for takeoff.

The list of front fascia modifications is completed by an apron which turns to sportier styling cues.


Still, our favorite part of this automotive sculpture remains the rear end.


We found the Ghost's backside as the least impressive part of its design and, like we said, the Wraith comes to change all that. The boot lid is composite, joining the aluminum hood on the list of lighter body parts.

Unfortunately, the rest of the Wraith remains built in steel. This means that, at a curb weight of about 5,200 lbs (2,400 kg) the coupe is about 250 lbs (110 kg) lighter than the sedan. Whether that is a lot or not remains to be seen throughout the drive.

In a rather unexpected manner, one must mind the door opening process or otherwise risk some knee damage. In this respect, the Wraith is a tad like the Mercedes-Benz SLS AMG – the latter's Gullwing doors can cause a bit of a headache (literally) in the egress process.

In spite of this, the generous door opening reveals a cabin that plays a spectacular game of light and darkness. Thus, once you are inside, you feel protected in a well-lit environment. Up front, there aren't many differences compared to the Ghost, but these do make quite a... difference.

With the Wraith, Rolls-Royce introduces something we had been waiting for since Lord knows when - a natural wood finish. Named Canadel Panelling, this optional trim now eschews the usual glossy lacquer. Fans of reflective surfaces, among which we are not, should not fret though – acres of polished metals still await around the cabin, all in an effort offer a luxuriously-distorted image of one's own face.

The driver is treated with Orange-tipped instrument needles, with the same hue used for the dashboard timepiece. As for the exact shade of Orange, we were unable to identify it and are thus requesting female assistance on the matter.

Regardless of that, the new color makes the dash instruments even easier to read, offering a beautiful integration in Rolls-Royce's minimalist interior style.

The one in charge of the car is also treated with a thicker steering wheel, which we found as an improvement over the Ghost's already brilliant setup.

The infotainment is updated too, with the Wraith receiving a disguised version of BMW's latest iDrive. For instance, you can now use the tip of your finger to write on the rotary controller. To be more precise, this is The "Spirit of Ecstasy Rotary Controller". Nonetheless, the Head-Up Display tops our list of welcomed updates.

As for the aural part of the experiences, the Wraith holds 18 speakers capable of delivering a maximum of 1,300 Watts. And while we never used its top volume, we did bathe in the system's clarity on multiple occasions.

Maybe the greatest change comes from above, where the Rolls-Royce Wraith borrows the Phantom's Starlight Headliner. In plain English, this means that the perforated leather headliner hides 1,340 hand-inserted fiber-optic lights. The effect brings an air of added coziness and noblesse to a cabin that already offered plenty of that.


It is a pity then that the transparent panel above seems to be a rushed, mediocre implementation.


Perhaps we can understand that the roof profile meant you can't open the see-through panel. However, we don't see why its leather cover should be so noisy in operation or why the silicone-like seals should be visible.

We are also sorry that BMW chose to leave some of its own parts uncamouflaged. Sincerity is one thing, but having a BMW key fob with a RR emblem is another. Among this questionable customer respect items we shall also place the massive alarm LED sitting under the interior rear-view mirror. This means that, for example, you'll have the same part as in a BMW X3 from a decade ago.

Since we're here, we have to mention the climate controls. These may show the Rolls-Royce tradition and be attached to one of the best systems out there, but their operation still defies modern ergonomics.

Turning to the rear of the cabin, we find Rolls-Royce's claim of the Wraith being a full four-seater as totally legitimate. First of all, the ingress/egress are facile. Still, we would've liked the front seats to automatically slide in the process, a feature one can find on a Renault Laguna Coupe, for instance.

The atmosphere in the back is relaxed and the superiority to a Bentley Continental GT's rear accommodation immediately becomes obvious. The seats are just the way you'd expect from a Rolls. Effortlessly comfortable.
Next page
12
80user rating 45 votes
Rate this car! 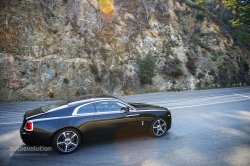 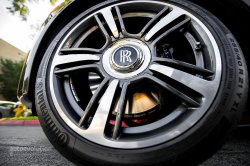 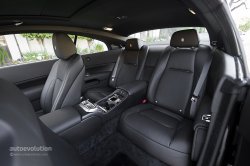 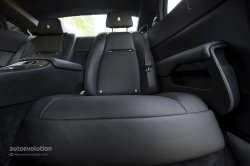 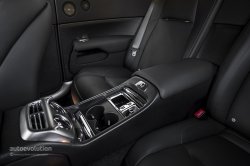 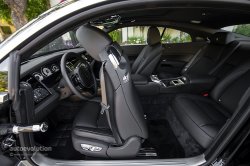 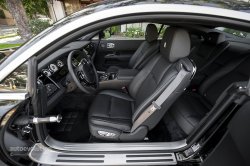 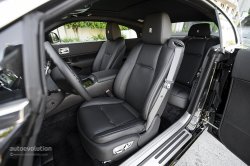 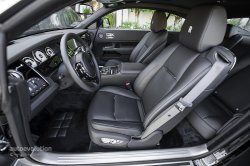 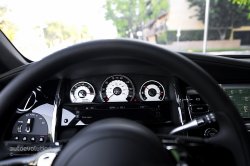 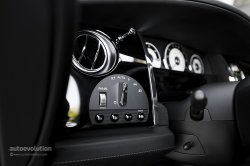 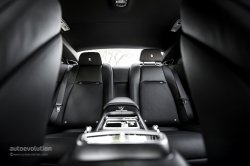 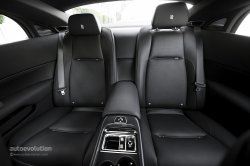 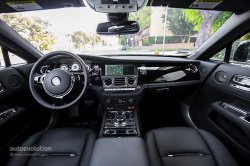 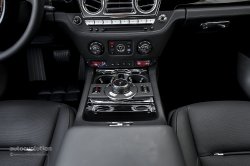 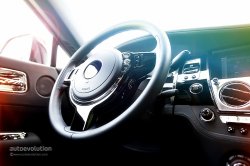