Sometimes it's just too easy to forget that, behind the issues they may bring, certain stereotypes are here for good reason. Such is the case with the Range Rover Sport Supercharged. If you want to enjoy what is definitely one of the best SUVs on the market, it will have to be in this blown five-liter iteration.
We revisited this member of the Range Rover family after we drove the vehicle in a more modest (mid-range actually) diesel incarnation back in 2013, when it was introduced.

In a world where Porsche is forced to give up its beloved natural aspiration and replace it with twin turbos in the quest for efficiency, Range Rover can still hang on to the superchargers that are such an important part of the British motoring tale.

Not only does our current test car pack all the firepower you'd ever need in an SUV, but its superior trim means we can fully exploit the potential offered by the all-new structure of the vehicle.

The old Range Rover Sport Supercharged was more of an... engineering exercise, with north of 500 horses being forced upon a platform that came from the offroad-savvy Discovery.

This didn't stop the previous-generation Range Rover Sport from winning over one buyer after another, with men and women alike falling for its visual charms.

Now that the Sport finally borrows the Range Rover's chassis, it also benefits from the serious diet and rigidity increase brought by the switch to an aluminum construction. Everything is nicely wrapped in a package that looks at least as good as the one that came before it.

Speaking of the Range Rover Sport's appearance, the British designers knew they couldn't afford to take any chance with this. For example, they expected to see the people's reaction to what was probably the greatest styling change concerning the styling of the Range Rover, which was launched one year before. The back of the Rangie, especially the taillights, were opinion splitters, so the Sport went down a different route, following the Evoque down a sleek path that certainly appeals to all.


You do lose the split tailgate of the Range Rover though and if I wanted to buy one, this would be something my SO would complain about.


There's only so much you can do to hide the dimensions of such an SUV, especially when it comes to the height and the width, but the Range Rover Sport somehow manages to stay classy and look ready for action at the same time.

Mind you, Land Rover has only slightly increased the dimensions of the vehicle. In an era when D-segment sedans have come to measure just as much, the Range Rover Sport with its 191 inches (4,850 mm) of length doesn't seem all that massive after all.

As with any Range Rover, once you step inside, you'll be amazed. It's almost like a trap. The digitalization process may have touched both the Range Rover and the Range Rover Sport, but the results are different. While the first lost a bit of its reigning attitude due to the new-age bits and pieces, when it comes to the second, the change is perfectly suitable.

Once again, there's a hint of Evoque and it all has to do with the center console. This also brings pleasing ergonomics, as it sits higher than before, but when you have to turn to the central touchscreen, you'll be disappointed.

For instance, if you want to use the seat heating, or the navigation, you'll be forced to face the infotainment system's delay. Jaguar Land Rover has improved itself on many levels over the last few years, but this certainly isn't one of them. It all makes you wonder how on Earth the Apollo lunar program managed to operate with computers no more powerful than a present-day pocket calculator. Then again, we are now in a different era and we'd expect this to show inside this car.

As usual, the driving position talks a lot about the car's character.


While the Sports Command Driving Position's designation makes it pretty much self-explanatory, this must be the most balanced experience in the SUV kingdom. You're neither as alone-at-the-top as in a Range Rover, nor looking for a bit of extra comfort as you may be while inside a Porsche Cayenne.


The Jaguar F-Type's gear shifter comes as a pleasant assistant - after all the Range Rover Sport can now be had with any engine in the F-Type line-up.

Of course, you also lose certain things compared to this car's big brother, but nothing too serious. For instance the stowage space up front (on the doors) is diminished.

Interestingly enough, these issues are not necessarily induced by the structural differences between the two, but feel more like they've been introduced to set them apart.

Despite being a new model, the previous Range Rover Sport resembled the offroaders of the past when it came to the rear area. From the access to the knee room and seatback support, everything was limited. Now you get plenty of everything back here and I wouldn't mind being chauffeured in a Range Rover Sport.

Of course, if you're really that much into having someone else drive you around, by all means, go for the Range Rover long wheelbase.

All this extra space has taken away 6 cubic feet (170 liters) of luggage compartment, but you still receive 28 cubic feet (790 liters), which you can optionally choose to fill with two extra seats, as the RRS can be had in 5+2 configuration.

Regardless, your wife and your kids will love the Range Rover Sport. If it isn't thanks to the panoramic sunroof, a must-have option that keeps the draft and wind noise away even at 60 mph (100 km/h), perhaps the Range Rover leather will be the one that makes them rejoice.

Compared to the SDV6 range-topping diesel I drove in the past, this Supercharged model has two main assets that make life much easier inside the city. The first is the adaptive suspension, which is followed by the instant response of the supercharger - the turbo lag on the 292 hp oil burner was bigger than the car's boot.

We'll go over these particularities once we hit the open road part of the drive, but as far as the urban side of the experience is concerned, they guarantee the lavish state induced by the car expands to all of your senses, not just your sight, smell and your touch. I haven't managed to find one of those people who claim they have six or more senses and ask them to assess this, so there is a limit to my claim.

The livelier (vs the Range Rover) steering makes the Range Rover Sport maneuverable, while the generous greenhouse and the still-tall-enough driving position mean you have a perfect understanding of the environment around you.

Don't worry about disturbing others with your blower's voice. Just like in the Range Rover, the exhaust is as quiet as a trained guardsman. In the Sport though, it all comes to life when you step on the gas firmly.


It feels as if the supercharger soundtrack resembles a Victorian-age piece of machinery on fast forward even more, it's gone even deeper down the metallic route.


Part of this is owed to the new intake sound symposer - this is all resonance here, there's no fake speaker-induced engine sound.

Fans of evenings spent inside warm living rooms shouldn't fret - not only does the exhaust remain quiet as mentioned above, but, under normal driving conditions, any form of noise coming from outside the car stays there. The wind, the road, nothing can disturb the positive atmosphere in the Range Rover Sport. This state amplifies the vehicle's family appeal. Mercedes-Benz and Porsche know their way around offering an exquisite vehicle feel too, but where the Germans insist on the display of luxury, the British bring this soul-touching elegance that captivates.

As for the gadgets, if you’ve been following the auto world this year, you know Jaguar Land Rover have strayed far into the world of futuristic gadgets and this has started to show for the production models. For the 2015 model year, the Range Rover, along with the Range Rover Sport, receive goodies such as All-Terrain Progress Control, which works like a cruise control system for offroading. Moreover, there’s a revised Head-Up Display.
Next page
12
72user rating 49 votes
Rate this car! 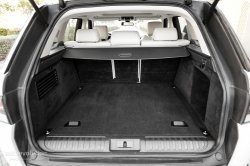 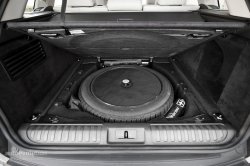 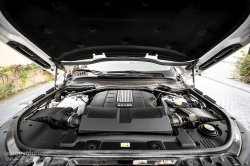 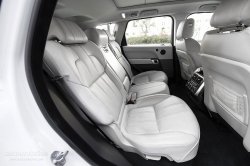 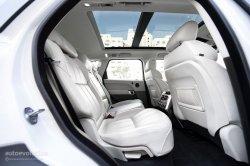 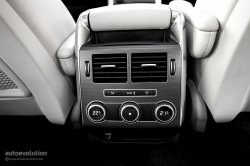 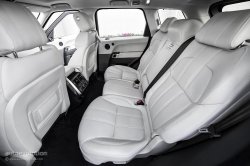 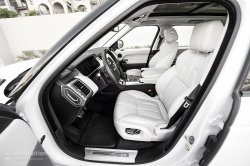 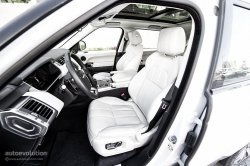 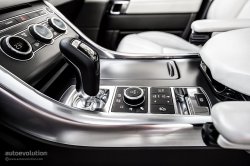 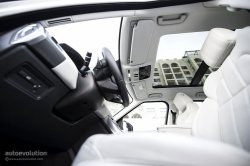 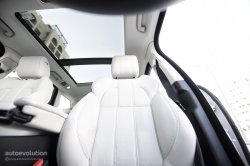 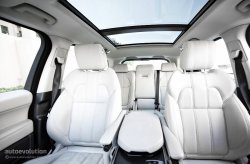 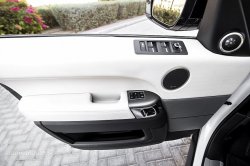 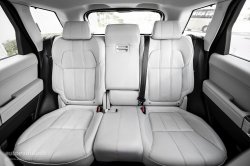 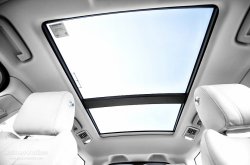 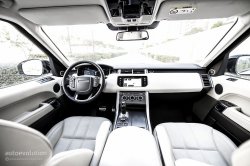