Santa Claus does indeed exist - this is what GM is trying to prove with the 2014 Corvette Stingray. The ‘Vette had started to become a bit arrogant, offering plenty of performance, but asking you to make multiple compromises in the process of extracting this. Well, with this new one, they promise everything has been made more accessible.

Chevrolet brags that the seventh incarnation of its flagship brings a complete experience. Being able to fully enjoy performance motoring everyday sounds like Christmas morning all throughout the year, so we’re all ears for this story.

Then again, it was in the Stingray’s genes to try and reinvent the franchise. That’s because the original Stingray, which was the second generation of the car, did exactly that. GM wasn’t even convinced if it had to build the Corvette in the beginning and so the first one was a bit of an experiment. When the Stingray arrived in 1963, it changed the game altogether, whether you were keen on design or engineering.

Speaking of engineering, General Motors has been working on the C7 Corvette ever since 2007 and meanwhile they’ve gone as far as considering a switch to the mid-engined layout.

Well, the engine is still up front, but, like we said, the engineers are trying to convince us that’s about the only thing that remained unchanged.

Our request for the optional Z51 Performance Package was fulfilled, so we approached the car with confidence.

Before we set off, let’s take a bit of time to analyze the C7 Corvette’s appearance. From the very beginning of the car, the change is obvious - the headlights now run up onto the hood.

The thing looks muscular and a bit like a Transformers character at the same time, with the proportions being spot on. Alas, as you reach the rear end, the controversy makes its way onto the table. It’s all about those taillights. Yes, the quad setup is here, but they’re angular and pressed together. We’re pleased with the styling of the Corvette, but there is room for improvement.

Nonetheless, the upgrades under the skin are even greater. We have to start with the aerodynamics, where the C7 takes lessons from the C6.R racer. For example, that air vent on the hood isn’t there just for the show. Sending hot air out of the hood minimizes front axle lift.

If you order either an automatic transmission, or the Z51 Performance Package, the vents on the sides become functional. The left one cools the transmission, while the one on the right is there to keep the temperature of the limited slip diff in check. Once the air cools the aforementioned elements, it exits the car via the vents surrounding the rear lights.
Next page
123456789
80user rating 69 votes
Rate this car! 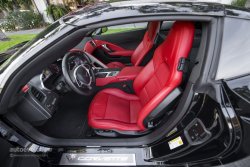 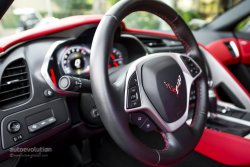 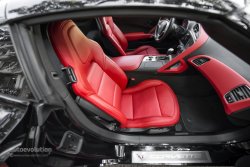 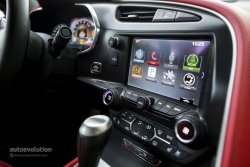 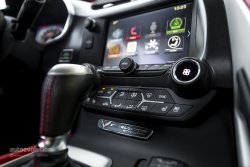 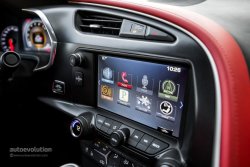 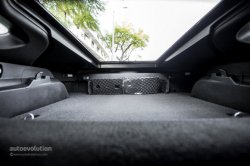 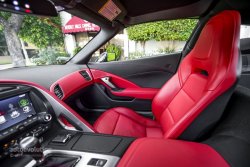 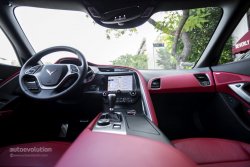