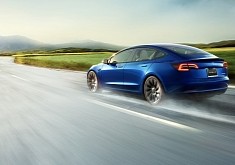 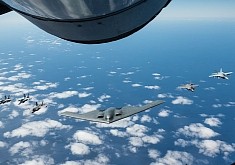 9 Feb 2016, 01:19 UTC / The aircraft doesn't have a hydrogen tank. Instead, it's got solid balls that store hydrogen and release it when slightly heated

27 Jan 2016, 18:12 UTC / Just like electric vehicles come with range anxiety, drones give their operators "flying over water" anxiety. But there's a cure now

A Drone That Can Fly Forever Sounds like Science Fiction, Until You Hear Its Very Simple Secret

6 Nov 2015, 17:02 UTC / If you have some money and want to invest it into something risk-free, you might want to give the booming drone industry a look

16 Sep 2015, 12:23 UTC / There have been a lot of efforts towards starting an actual space exploration. But before we do that we shouldn't ignore the underwater world on Earth either

12 Aug 2015, 17:07 UTC / Industrial designer Kobi Shiker believes that autonomous deliveries could be handled by one-wheel robots instead of UAVs

30 Jun 2015, 16:27 UTC / So far, CyPhy has build industrial drones that are more complex and a miny drone that can fly into buildings. Now they want to make filming simpler

25 May 2015, 16:21 UTC / If there is one major set back at mostly any drone is the fact that they have a limited range. There may be one that solves that and it's powered by hydrogen

11 Apr 2015, 18:48 UTC / One of their most important projects is the SkyOrbiter LA25 platform, a device that was designed to stay in low atmospheric orbit for prolonged periods

7 Apr 2015, 14:10 UTC / Lucknow, the capital city of the state of Uttar Pradesh, is about to become India’s first city to use autonomous drones in order to control unruly crowds

26 Mar 2015, 17:26 UTC / Zuckerberg says the final design of this huge drones will have a wingspan greater than a Boeing 737 but will weigh less than a car

12 Mar 2015, 14:46 UTC / They're supposed to be the most advanced UAE to enter the service at the Russian Central Military District’s intelligence units, stationed in Siberia

24 Feb 2015, 18:18 UTC / A Newport Beach, California-based new company named XAir is claiming they have found a way of to create a UAE robot that could fly forever

4 Feb 2015, 10:18 UTC / While the US Federal Aviation Administration is giving Amazon’s CEO big headaches with their drone delivery regulations, China is not wasting any time

22 Jan 2015, 18:39 UTC / In case you were too busy following the football matches lately, we’ll remind you there are some people out there that are actually busy looking for new ways to make this world a better place....

4 Dec 2013, 15:47 UTC / You know what they say, when you're a kid Santa has a belly and arrivers on a sled and when you grow up he has a box van and ask you to sign for your new Edelbrock carburetors. Some of us pe...

14 Mar 2012, 09:48 UTC / Boeing has already proved that the technology that isn’t quite ready for our cars is just right for planes. In 2008, the first hydrogen fuel cell aircraft was piloted (by a man), making histor...

22 Aug 2010, 10:30 UTC / With the eyes of the world pinned on what is happening in Iran, the country's military brought the level of tension to new levels after unveiling on Sunday the first ever Unmanned Aerial Vehicl...