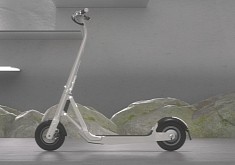 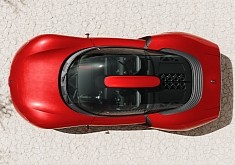 The Fabulous Alfa Romeo 33 Stradale "Visione" Marries Past With Present

C8 Corvette, Model 3, and a 458 Street Drag on Curvy Road With Surprise Winner

5 Nov 2020, 07:57 UTC · By: Aurel Niculescu / Please beware that such races are never quite as conclusive as the ones staged on actual drag strips, but there's still a lesson to be learned

Almost all 2018 BMW Motorcycles Get Updates

7 Jul 2017, 12:56 UTC · By: Gabriel Brindusescu / Almost every motorcycle in BMW Motorrad’s range is getting a refresh for 2018, including extra optional equipment and new color setups

24 Apr 2017, 09:35 UTC · By: Gabriel Brindusescu / The German motorcycle manufacturer pushed more units out the dealers these first three months than ever before. The adventure bike is still king

21 Dec 2016, 16:33 UTC · By: Gabriel Brindusescu / Triumph Motorcycles US sent this new teaser video into the world, and the motorcycle shown must be the 2017 Street Triple

Husqvarna Vitpilen 401 and Svartpilen 401 In Production Shape At EICMA

3 Nov 2016, 15:32 UTC · By: Gabriel Brindusescu / KTM dropped a teaser video on a new Duke-dedicated landing page and was enough to spark our imagination. This must be the Duke 800!

25 Oct 2016, 11:24 UTC · By: Gabriel Brindusescu / Suzuki just unveiled two quarter-liter beginner bikes in China, and, according to the Internet, they will be available in Europe soon

18 Oct 2016, 15:04 UTC · By: Gabriel Brindusescu / Yamaha refreshes its scooter lineup with the introduction of the X-MAX 300 model. To be fully revealed at EICMA in November

BMW Motorrad Has New Helmets for 2017

11 Oct 2016, 13:39 UTC · By: Gabriel Brindusescu / BMW Motorrad completes its 2017 protective gear offer through the introduction of the System 7 Carbon and Legend new helmets

24 Sep 2015, 09:14 UTC · By: Gabriel Nica / Oh, Hello There! Said the airplane as it crossed the intersection, on green. A school airplane had to make an emergency landing in Irvine, California

The Strangest Roads in the World Are Simply Amazing

11 Jul 2014, 19:18 UTC · By: Mihnea Radu / Road engineers around the world are doing their best to ensure traffic flows and people stay safe. As the number of vehicles and motorists is rising year after year, it often seems we're doomed...

Woman Fails To Cross The Street

3 Apr 2013, 12:19 UTC · By: Gabriel Brindusescu / More and more people are distracted by their mobile devices, both while driving and walking on the streets. Either text messaging, checking their *insert social network here* profile, talking or sim...

18 Aug 2009, 13:29 UTC · By: Daniel Patrascu / The alliance – let's call it that for the sake of argument – between American manufacturer Chrysler and Italian carmaker Fiat has sometimes unforeseen consequences. Not sure whether...