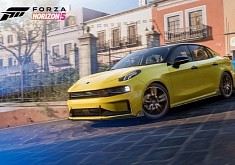 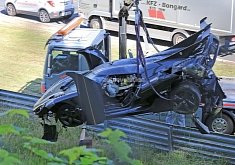 Porsche IPO Is Moving Full-Speed Ahead, Will Bring Increased Independence

6 Sep 2022, 14:45 UTC / Porsche is set to become a bit more independent from several points of view once its IPO is listed on the market. Here is what you need to know about it

2 Mar 2022, 10:58 UTC / General Motors has confirmed that it sold the stake in Lordstown Motors it had acquired as part of the sale of an Ohio plant to the electric vehicle startup

1 Mar 2022, 14:51 UTC / Lucid shares plummeted after the EV startup announced that the projected vehicle production figures for 2022 will be lower than expected

29 Jan 2022, 10:32 UTC / That is especially true when promises are about person dressed as a robot dancing on a stage or software that has proven it does not work as promised.

20 Jan 2022, 11:36 UTC / Rivian had a successful IPO last November, but later the stock fell on missed production targets. Despite that, Ford cashed in more than $8 billion

Rivian Stock in Free-Fall After Amazon Signs Deal With Stellantis

6 Jan 2022, 16:18 UTC / Rivian shares marked a 21% drop since Wednesday, after its main investor and client Amazon announced signing a deal with Stellantis

Elon Musk Will Sell Tesla Shares to Pay Taxes: The People Have Spoken

8 Nov 2021, 05:08 UTC / In a strange but typical for him approach, the Tesla CEO asked Twitter whether he should sell some shares, promising he would abide by whatever he was told

7 Nov 2021, 04:16 UTC / Tesla CEO is polling on Twitter to decide whether he should or not realize the gains from stock, put an end to the chatter that he’s been avoiding to pay taxes

25 Oct 2021, 19:35 UTC / This latest acquisition pushed Tesla stock to the knife-edge of $1000 per share and officially placed them in the exclusive $1 Trillion market cap club.

6 Aug 2021, 12:56 UTC / When ordinary people do that, it does not call anyone’s attention, but what message did Robyn Denholm send with this sale?

9 Jun 2017, 18:03 UTC / Confirming once again that the stock market is a truly crazy place, the market capitalization of Tesla Inc. has just become greater than BMW AG's

Famous German Shareholder Thanked For Not Getting Naked At Daimler Meeting

30 Mar 2017, 08:36 UTC / Daimler's chairman had to thank one of the company's small shareholders for not wearing his "birthday suit" at their annual conference held in Germany

28 Mar 2017, 15:39 UTC / Tesla has a new investor, and this has brought it a serious investment when finances are concerned. In exchange for a five-percent stake, Tesla got $1.78 B

Formula 1 Might Be Purchased By Liberty Media, Reports Claim

26 Aug 2016, 16:02 UTC / According to a report, Formula 1 might get a new majority stakeholder and the company could get listed on the New York Stock Exchange. The deal is unconfirmed

Ducati Might Be Considered For Sale By The Volkswagen Group

15 Jun 2016, 15:47 UTC / Volkswagen Group reportedly considering selling some of its recently acquired brands. Ducati is one of the brands that might be sold to other companies

15 Jun 2016, 08:19 UTC / The Japanese automotive supplier Takata begun a cash raising campaign, and one of the steps involves selling stocks it owns in several automakers.

10 May 2016, 17:39 UTC / Mitsubishi's fuel economy cheating scheme might cost its shareholders a lot of money. The second-largest owner of Mitsubishi stocks estimates a $3 billion risk