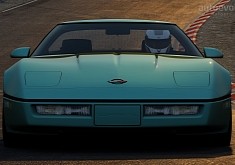 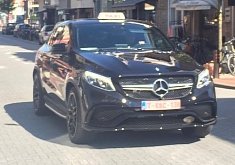 27 Nov 2022, 09:33 UTC · By: Răzvan Măgureanu / The Spanish start-up Liux wants to build the greenest electric car made from recyclable materials and 3D-printed components

Fresco XL Is Set To Be Revealed in 12 Days, Promises To Be a Breath of Fresh Air

19 Jan 2022, 22:58 UTC · By: Sebastian Toma / Norwegian start-up company Fresco has announced it will reveal the Fresco XL on the first day of February. It promises to bring futuristic shapes

26 Nov 2021, 14:33 UTC · By: Sebastian Toma / Volvo has invested $2M in an optics and imaging start-up company called Spectralics. The company is developing a see-through optical overaly for windshields

Iveco Wants to Act Like a Start-Up, Will Focus on Zero-Emission Trucks and Buses

19 Nov 2021, 14:23 UTC · By: Sebastian Toma / Iveco's parent company, CNH Industrial, wants to spin-off the brand and let it behave as a start-up company. Its goal is to out-think and outsmart competitors

21 Oct 2021, 17:29 UTC · By: Sebastian Toma / A start-up company named Skyer Motors has developed a three-wheeled e-scooter that can allegedly reach 62 mph. They are looking for investors

11 Oct 2021, 12:24 UTC · By: Sebastian Toma / Ever hear of Wayve? They are a self-driving car start-up, and they recently received a significant investment for the development of driver less vehicles

10 Aug 2021, 16:45 UTC · By: Sebastian Toma / Motional has received the DMV's approval to test self-driving cars in Los Angeles, and the company is on a hiring spree in Silicon Valley. What's next?

“Zeabuz” Is the Newest Norwegian Autonomous Ferry Startup, Will It Make It?

24 Nov 2020, 16:25 UTC · By: Cristian Curmei / This vessel is an autonomous ferry system directed by a number of sensors and cameras; wireless charging is also part of its infrastructure plan

20 Jul 2020, 09:25 UTC · By: Aurel Niculescu / Code42.ai and the South Korean automaker have partnered to establish a new start-up designed to offer mobility services through a dedicated, proprietary OS

5 May 2017, 11:58 UTC · By: Sebastian Toma / The American telecom giant Verizon has allowed its investment arm to fund a company named Renovo. It is a start-up that focuses on connecting autonomous cars

Italian Court Blocks All Uber Services for the Entire Country, This Is A First

11 Apr 2017, 08:14 UTC · By: Sebastian Toma / A Italian court has blocked all the services offered by Uber in the country after a lawsuit filed by traditional taxi companies. No other country has done this

5 Mar 2017, 12:48 UTC · By: Sebastian Toma / A group of car enthusiasts has designed a device that will help others convert conventional vehicles to electric. It can be used for many other projects

24 Feb 2017, 17:23 UTC · By: Sebastian Toma / An Indian start-up company has devised a way to retrofit a filter to existing vehicles and reduce their pollution levels. They make ink out of soot

Volkswagen Wants To Hire 1,000 International IT Experts Over The Next Few Years

30 Dec 2016, 10:26 UTC · By: Sebastian Toma / Volkswagen has pledged to hire about 1,000 IT experts from across the world. They will work to develop new technologies, and will coordinate digitalization

25 Jul 2016, 18:45 UTC · By: Alex Oagana / smart has recently established an in-house think tank to develop new urban mobility projects. “smart ready to drop” is the first idea to emerge from the lab

24 May 2016, 15:19 UTC · By: Vlad Mitrache / All those people who, for one reason or another, don't have parking sensors on their cars and are complete failures at parallel parking can now rejoice