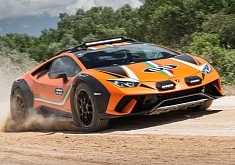 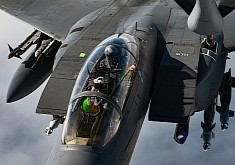 6 Aug 2021, 09:07 UTC · By: Otilia Drăgan / The European Space Agency is pioneering an innovative mission control system that will allow the biggest missions to be operated in a new, collaborative way.

5 Aug 2021, 16:36 UTC · By: Florina Spînu / Nine years ago, on August 5th, NASA's Curiosity rover was landing on Mars. Ever since its touchdown, the rover provided crucial data to scientists

4 Aug 2021, 11:40 UTC · By: Otilia Drăgan / The European Space Agency has demonstrated the efficiency of an innovative material for rocket tanks, and plans to further test it on the Phoebus demonstrator.

3 Aug 2021, 08:24 UTC · By: Otilia Drăgan / NASA's spacecraft Lucy is getting ready to perform a pioneering journey that will reveal, for the first time, the secrets of fossil asteroids.

2 Aug 2021, 16:35 UTC · By: Florina Spînu / 50 years ago, Apollo 15 astronaut Dave Scott took a Bulova watch with him to the Moon. To mark the historic moment, the watchmaker released a golden replica.

2 Aug 2021, 14:45 UTC · By: Florina Spînu / The European Space Agency (ESA) is getting ready to witness a historic moment for space exploration: two spacecraft will have a double Venus flyby.

2 Aug 2021, 07:22 UTC · By: Otilia Drăgan / UK officially launched its new Space Command, a department that will play a major role in advancing Britain's role in space and enhancing its defense strategy.

Sorry Jeff Bezos, You Can't Get to the Moon Yet

What Would Happen If Jupiter Went Rogue and Destroyed All the Other Planets?

31 Jul 2021, 06:36 UTC · By: Daniel Patrascu / An imagination exercise shows what would happen if for some reason the largest planet in our solar system, Jupiter, would devour all others

28 Jul 2021, 14:17 UTC · By: Florina Spînu / On Monday, July 26th, astronauts had to say goodbye to one of the oldest ISS space modules. They watched how the Pirs module burned out in the atmosphere.

28 Jul 2021, 09:15 UTC · By: Cristian Curmei / Orbex is at the forefront of satellite delivery vehicles with a 3D printed engine that runs on bioLPG, producing up to 90% less CO2 emissions.

27 Jul 2021, 13:04 UTC · By: Otilia Drăgan / Space Hub Sutherland is set to become the first satellite launch in the UK, that could launch the first rocket from British soil, in the near future.

Someone Offered to Pay for Kevin Hart’s Trip to Space, and He Still Refused

26 Jul 2021, 10:53 UTC · By: Elena Gorgan / Actor says he received a paid offer for a trip to space and he turned it down because the rate of success is too much of a risk for him right now

NASA Ingenuity Helicopter Flies Higher Than Ever on Mars

24 Jul 2021, 11:11 UTC · By: Florina Spînu / NASA has announced that it has selected the SpaceX Falcon Heavy rocket as a launch vehicle for its future Europa Clipper interplanetary mission.

Get Married in Space, on Board the Neptune One Space Balloon

23 Jul 2021, 10:32 UTC · By: Elena Gorgan / Space Perspective founders say all launches throughout 2024 are booked solid, but you can still get one for the following year. Including for wedding parties

23 Jul 2021, 09:21 UTC · By: Otilia Drăgan / Citizen launched a limited-edition collection of 2 watches that recreate the way the moon's surface looks like, using patented tech from the HAKUTO-R.

Tonight’s Orange-Tinted Full Moon, Known as the Buck Moon, Comes With a Warning

23 Jul 2021, 07:02 UTC · By: Otilia Drăgan / Depending on when you are, you can watch the full moon tonight or tomorrow, but be warned - this unusual moon has an important message.

21 Jul 2021, 11:19 UTC · By: Florina Spînu / Developed by Durham, Toronto, and Princeton Universities together with NASA and CSA, the SuperBIT will be carried by a giant ballon into the stratosphere.

This U.S. Giant Satellite Is a Record-Breaker, Completes Over 1,300 Experiments