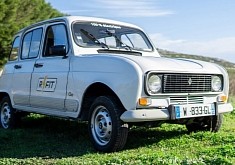 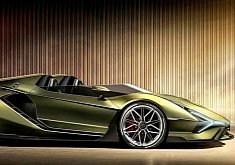 27 Jun 2021, 21:19 UTC · By: Florina Spînu / On May 17th, the China National Space Administration (CNSA) released a video footage and audio of its Zhurong rover roaming on the Red Planet.

24 Jun 2021, 12:26 UTC · By: Otilia Drăgan / Airbus' Pleiades Neo satellite sent the first imagery of places around the globe, since it was launched as the first of a new-generation constellation

23 Jun 2021, 14:48 UTC · By: Cristina Mircea / The European Space Agency is organizing a virtual festival that will give you the chance to have all your space-related questions answered by top-experts

22,000 People Apply for Astronaut Duty as Space Race Heats Up

Cygnus Spacecraft to Depart the ISS, Will Deploy Two Satellites on Its Way Back

23 Jun 2021, 05:01 UTC · By: Florina Spînu / On June 29th, an uncrewed Cygnus spacecraft will depart the ISS after spending four months in space. On its way back to Earth, it will deploy two satellites

Hubble Space Telescope Is Getting Old, Experiences Another Computer Glitch

21 Jun 2021, 13:36 UTC · By: Florina Spînu / NASA's operations team has been trying to restard the computer onboard the Hubble telescope, but it had failed multiple times.

21 Jun 2021, 13:06 UTC · By: Otilia Drăgan / The European Space Agency makes satellites safer by testing their ability to be completely destroyed when falling back to Earth, in recent experiments.

19 Jun 2021, 07:41 UTC · By: Elena Gorgan / Space Perspective says that a full-size capsule simulator for the Neptune One has reached the edge of space and made the journey back as planned

18 Jun 2021, 07:46 UTC · By: Otilia Drăgan / UK just opened its first National Space Propulsion Test Facility, one of only 3 in the world, for advanced propulsion engine testing.

15 Jun 2021, 13:27 UTC · By: Cristian Curmei / This project rendering is a visual representation of a system meant to offer newlyweds the experience of a lifetime, a honeymoon in space.

After Surviving a Wild Ride on Mars, NASA Ingenuity Takes to the Martian Sky

14 Jun 2021, 11:59 UTC · By: Florina Spînu / After encountering a mid-flight anomaly on May 22nd, NASA's Ingenuity helicopter is back up and running. The helicopter successfully completed its 7th flight.

Venus Is the New Hotpot for Space Agencies,ESA to Send Probe to Study the Planet

13 Jun 2021, 12:52 UTC · By: Florina Spînu / ESA announced that will send an orbiter to study Venus. Th news came not even two weeks after NASA stated that it will send two missions to explore the planet.

13 Jun 2021, 06:51 UTC · By: Daniel Patrascu / The auction for a seat of the Blue Origin New Shepard Crew Capsule concluded this weekend, with someone offering $28 million to go to space with Jeff Bezos

7 Jun 2021, 13:50 UTC · By: Otilia Drăgan / Worms are the "stars" of a recent experiment related to muscle decline, conducted by UK scientists and funded by the UK Space Agency

7 Jun 2021, 12:41 UTC · By: Florina Spînu / The U.S. Air Force announced its fourth Vanguard program which aims to use large commercial rockets to repidly deliver cargo across the world.