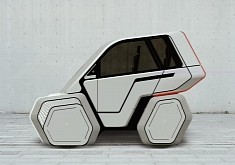 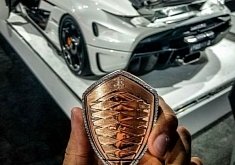 25 Sep 2017, 09:49 UTC · By: Gabriel Brindusescu / It would be a bit stupid to be another hoax, so, yeah, Skully is on its way back to “make things right” as two new investors have bought the defunct company

10 Aug 2016, 08:14 UTC · By: Sebastian Toma / The two brothers that founded the company behind the Skully smart helmet are accused of spending company dime on personal expenses, which include strip clubs

27 Jul 2016, 12:31 UTC · By: Gabriel Brindusescu / Things might get from bad to worse over at SKULLY, with the business reportedly preparing for bankruptcy without fulfilling the remaining orders

SKULLY AR-1 Founders Kicked Out of the Company

Skully Announces Updates on the Delay of the AR-1 Helmet

6 Aug 2015, 11:36 UTC · By: Florin Tibu / Finally, the motorcycle helmet upstart Skully sheds some light on the delays of their AR-1 debut lid, but things are far from being clear as daylight.

25 May 2015, 08:43 UTC · By: Florin Tibu / Skully recently announced that the AR-1 smart helmet will be delayed some more, and set out on a world tour to give talks and meet with the customers

12 Aug 2014, 14:54 UTC · By: Florin Tibu / Back in early January, we reported that the creators of Skully, the smart HUD helmet was about to enter a new development stage and a crowdfunding campaign kicked off. The good news is that the proj...