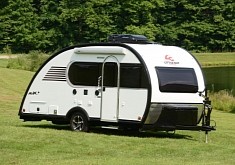 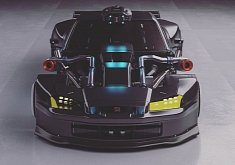 5 Feb 2019, 10:15 UTC / Stan is a driverless, electric forklift that can determine everything from the size of a car to the size of the parking space available

31 Mar 2018, 09:19 UTC / Even though there doesn't appear to be any lawsuit filed by the husband and daughter of the victim, Uber still bought their silence with an unspecified sum

28 Mar 2018, 09:22 UTC / Jaguar to supply Waymo with the I-pace electric vehicle for tests this year, followed by implementation of a Jaguar fleet in the coming years

28 Feb 2018, 19:18 UTC / For most of us, a 360-degree video is the closest we'll ever get to riding inside an autonomous car before the technology goes mainstream

Tesla Promises Autopilot Breakthrough in 2018, Coast-to-Coast Trip Back on Radar

8 Feb 2018, 10:57 UTC / There's not a boring moment with Tesla or Elon Musk, that's for sure: rocket launch, biggest ever loss, self-driving capabilities - what's next?

6 Feb 2018, 12:19 UTC / The two German giants are not letting too many details slip, but the simple fact we know it's coming before the end of this year is enough for now

5 Feb 2018, 11:01 UTC / Some Tesla owners are beginning to lose patience over the slow progress of the new Autopilot feature and are demanding some answers from Musk

1 Feb 2018, 17:44 UTC / Of course, the only reason we find this little video so amusing is because nobody was hurt since the impact speed was low and everyone had their seatbelts on

1 Feb 2018, 10:47 UTC / The Autopilot feature is a big selling point for Tesla and one that's been brought forward a lot lately, so being overly-protective is explainable

Tesla's Early 2018 Navigation Update to Put It "Light-Years Ahead"

22 Dec 2017, 13:50 UTC / People complaining to Elon Musk of various Tesla-related issues are offering the CEO the perfect opportunity to announce new updates seemingly out of the blue

12 Dec 2017, 16:24 UTC / The RoboRace organizers are trying to gauge where their prototype sits at the moment, so they asked British TV presenter Nicki Shields to race their AI car

Musk Misses Another Deadline. Only by Two Years, Though. Maybe Three

10 Dec 2017, 16:02 UTC / Despite his constant overpromising, it's hard to be mad at Elon Musk, and that's because he seems like one of the few emotionally-invested CEOs out there

21 Nov 2017, 12:11 UTC / The ride-hailing company is putting a lot of cash into its effort to develop a functional self-driving car, knowing the benefits could be ten-fold

14 Nov 2017, 12:17 UTC / It would seem the best way to describe LIDAR in self-driving cars is "overkill" since a suite of cheap video cameras can do the trick just as fine

8 Nov 2017, 12:38 UTC / Two of the most influential companies in their own fields of activity get together in a common project meant to provide a boost in three areas

12 Oct 2017, 11:45 UTC / This Daimler-owned company thinks it's high time we showed a little more empathy for the computer driving our autonomous cars