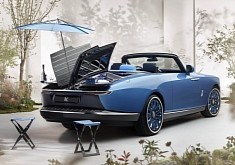 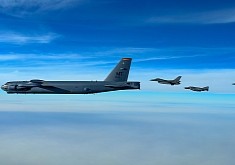 1 Jul 2022, 14:20 UTC · By: Ancuta Iosub / The Cruise-caused roadblock lasted for a couple of hours before employees were able to move the vehicles and ease traffic

Robotaxi Company Pony.ai Is the First to Offer Driverless Taxi Service in China

26 Apr 2022, 09:35 UTC · By: Cristian Agatie / Autonomous driving startup Pony.ai is the first company to obtain a taxi license in China and will begin operating 100 autonomous vehicles in Guangzhou

An Autonomous Shuttle Service to Launch in Fishers, Indiana, Before Christmas

2 Dec 2021, 10:28 UTC · By: Otilia Drăgan / Toyota Mobility Foundation, together with its partners from the Together in Motion Indiana project, will launch an autonomous shuttle service in Fishers

25 Nov 2021, 14:47 UTC · By: Florina Spînu / Baidu has received the approval to launch its self-driving taxi services in China. The fleet which will be operated in Beijing includes 67 autonomous cars

9 Nov 2021, 18:11 UTC · By: Sebastian Toma / Las Vegas will be the first city in the world to get Lyft's robotaxi service powered by Motional. Driverless Hyundai Ioniq 5 models will be seen starting 2023

Robotaxis Are Finally Available in California Thanks to Waymo and Cruise

1 Oct 2021, 09:04 UTC · By: Gustavo Henrique Ruffo / The California DMV granted the two companies authorization for them to charge a fee to offer autonomous services to the public

9 Sep 2021, 14:59 UTC · By: Cristina Mircea / Mobileye and SIXT bring self-driving taxis to Munich, Germany. Customers will be able to access the service through the Moovit or SIXT apps.

9 Sep 2021, 09:32 UTC · By: Otilia Drăgan / Before launching the famous Cruise Origin in Japan, Honda will first use a special mapping vehicle to pave the way for the upcoming testing program.

9 Sep 2021, 07:07 UTC · By: Bogdan Popa / Yandex has officially announced that it’s allowing customers in Moscow to take a driverless taxi as part of a public test kicking off later this year

7 Sep 2021, 16:11 UTC · By: Sebastian Toma / Hyundai has publicly unveiled its Ioniq 5-based robotaxi. They just called it a Robotaxi, and it will start active duty soon. Would you get in?

Hyundai Makes Carbon Neutral Commitment, Here Is What That Means to Everyone

6 Sep 2021, 10:10 UTC · By: Sebastian Toma / Hyundai Motor Company has made a carbon neutral commitment for 2040. It also involves stopping the sale of internal combustion engines. Here is what that means.

Self-Driving Robocar Will Be Your Personal Assistant, Doesn't Need a Steering Wheel

21 Aug 2021, 01:55 UTC · By: Florina Spînu / During a conference, Chinese tech giant Baidu has revealed the robocar, an autonomous vehicle with gull-wings and a transparent glass roof.

19 Aug 2021, 17:38 UTC · By: Sebastian Toma / Chinese company Baidu has revealed its second-generation AI chip, called Kunlun II. It is meant for many applications, including autonomous cars.

30 Jul 2021, 08:07 UTC · By: Otilia Drăgan / An U.S. Artificial Intelligence company is providing the first autonomous robotaxi service in the Netherlands, based on a solar-powered electric ferry.

16 Jun 2021, 08:13 UTC · By: Florina Spînu / Cruise has received $5 billion from General Motors to start the production of its autonomous vehicles. Cruise will be launched after testing this summer

3 May 2021, 11:10 UTC · By: Florina Spînu / The Apollo Go service launched on May 2nd in Beijing's Shougang Park and aims to transport athletes and staff for the 2022 Beijing Winter Olympics.