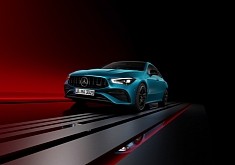 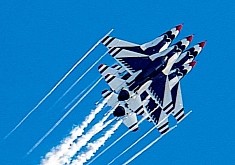 27 Aug 2021, 08:36 UTC · By: Tudor Serban / Nuro plans to build a new production facility in Nevada, with some economic help from the Government’s Office. But there are strings attached

Self-Driving Robocar Will Be Your Personal Assistant, Doesn't Need a Steering Wheel

21 Aug 2021, 01:55 UTC · By: Florina Spînu / During a conference, Chinese tech giant Baidu has revealed the robocar, an autonomous vehicle with gull-wings and a transparent glass roof.

Drone Footage Shows Where Robocars Are Made

13 Jul 2018, 12:53 UTC · By: Daniel Patrascu / On the track at Goodwood, the Robocar managed to navigate the course without incident prior to the opening of the Festival of Spped.

10 Jul 2018, 09:55 UTC · By: Daniel Patrascu / On July 12, Robocar will be attempting the first ever hill climb run of an autonomous car at the Goodwoord Festival of Speed.

26 Jun 2018, 14:53 UTC · By: Daniel Patrascu / Robocar will be attempting next month the world's first hill climb by an autonomous vehicle at the Goodwood Festival of Speed.

2 Jun 2018, 06:41 UTC · By: Daniel Patrascu / Daniel Simon is working on an autonomous vehicle capable of competing against each other in driving algorithms on Formula E tracks.

22 May 2017, 11:17 UTC · By: Vlad Mitrache / One of the unmanned race car that will one day fight for supremacy with other AI-controlled vehicles just like it completed a lap on Formula E's Paris track

5 Aug 2016, 16:01 UTC · By: Vlad Mitrache / The fact we're going to watch AIs battle for the podium starting as soon as later this year is made a lot easier by the looks of these vehicles