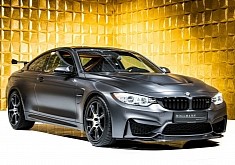 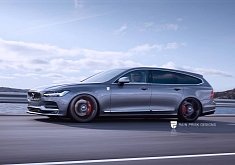 Volvo V90 Polestar Rendering: Why We Want a Performance Hybrid Wagon from Sweden

3 Jun 2022, 10:46 UTC · By: Cristian Agatie / GM’s Cruise has secured the first California permit to carry paying riders in driverless cars after it has tested the service for free in the past four months

Mitsubishi Wants You to Carpool With Other People, Patents a New Social Credit System

26 Mar 2022, 16:18 UTC · By: Florin Amariei / Mitsubishi might have a hard time with its cars right now, but it doesn’t give up on technology. Here’s how it’s planning on making you want to share a vehicle

8 Feb 2022, 05:56 UTC · By: Otilia Drăgan / Soon enough, taking an air taxi every day will become a regular thing for urban communities, as well as switching from land ridesharing to aerial ridesharing

Here’s the Arrival Car, a Ride-Hailing EV With a Glass Roof and Roomy Interior

16 Dec 2021, 18:28 UTC · By: Florina Spînu / Arrival presented the fully-functional prototype of its ride-hailing EV. The car comes with a glass roof, a foldable front seat, and a lot of interior space

Ford's Spin Ride-Sharing Service Lands in Another Country, the Sixth One on Its List

8 Sep 2021, 05:33 UTC · By: Cristina Mircea / Ford's ride-sharing service Spin arrives in another European country, the sixth one on the list, along with Spain, Germany, the U.S., Canada, and the U,K.

30 Jul 2021, 08:07 UTC · By: Otilia Drăgan / An U.S. Artificial Intelligence company is providing the first autonomous robotaxi service in the Netherlands, based on a solar-powered electric ferry.

16 Mar 2021, 09:44 UTC · By: Cristian Curmei / This freshly launched e-bike features an aluminum frame, Bafang hub motor, and plenty of features to make it the center of your ridesharing business

4 Sep 2017, 10:22 UTC · By: Vlad Mitrache / The company has become one of the leading figures in EV development among traditional manufacturers, and now it targets ridesharing and self-driving too

GM and Maven Launch Gig-Economy Deal: You Can Get a Bolt For $229 Per Week

4 May 2017, 11:59 UTC · By: Sebastian Toma / Have you heard about the gig economy? GM and Maven have, and they can rent you a Chevrolet Bolt to allow you to "hustle" with temporary jobs

A Female-Friendly Uber Alternative Launches In Boston, Look For Safr

6 Apr 2017, 11:15 UTC · By: Sebastian Toma / A start-up company launched a ride-hailing service named Safr in Boston. It comes as a female-friendly alternative to Uber, which has seen many scandals

23 Feb 2017, 13:51 UTC · By: Sebastian Toma / Waze, the navigation app owned by Google, tested a carpooling feature last year. You can now use it in multiple cities in the U.S. and Latin America

17 Nov 2015, 10:04 UTC · By: Ionut Ungureanu / Even though there's an entire company that is doing that already, Uber is looking to expand its services towards a ridesharing feature