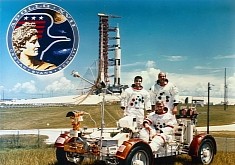 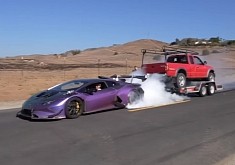 Can You Tow With a Lamborghini Huracan? A YouTuber Found Out

Home > News > Autoevolution's porsche month
For some people, the name Porsche is synonymous with the original everyday sports car, the 911. For others, it’s the most successful carmaker in motorsport. For most, it purely represents German engineering at its very best, especially if we’re referring to the man, not the company that still proudly wears the Porsche name.

That said, what is now one of the most profitable sports car companies in the world would have never existed without Dr. Ing. H.c. Ferdinand Porsche, who is a legend in his own right.

Born 145 years ago, in a Bohemian town that is now part of the Czech Republic, Porsche was the third son in a five children home. He was an engineering prodigy even in his youth, when he provided his family home with electric lighting and an electric doorbell when nobody else in town had even heard of such a contraption apart from a carpet factory.

A few years later, after having moved to Vienna, young Ferdinand created a number of electric cars, buses and even the world’s first hybrid vehicle while working with Jacob Lohner, a luxury coachbuilder.

In the following decades he became known as the most proficient car engineer in Germany, where he worked for Daimler and eventually started his own consulting company, being in charge of various projects, including a 16-cylinder race car for Auto Union and the KdF-Wagen, which culminated in the Volkswagen Beetle.

It was the Volkswagen Beetle’s underpinnings that eventually gave birth to the very first Porsche production car, the 356, and then to its more famous successor, the legendary 911. While Dr. Ing. h.c. Ferdinand Porsche passed away in 1951, his legacy and name continue with one of the most celebrated sports carmakers in history.

Mostly because of that, but also because the company’s grandfather was born this month, we’ve decided to dedicate September to the world of Porsche. Stick around on autoevolution and you might even learn something new about the ups and downs of the second-most famous carmaker based in Stuttgart.

Did You Know Porsche and M101 Designed an Entire Apartment Complex?

This Porsche 911-Inspired Superyacht Is a Hybrid Work of Art

17 Sep 2020, 16:09 UTC · By: Cristian Curmei / The GTT 115 is a superyacht with an exterior design by Studio F.A. Porsche. Automotive infused geometry, lines, and building materials, give it the iconic look.

17 Sep 2020, 09:46 UTC · By: Aurel Niculescu / No need to be a famous YouTuber in order to catch sight of the latest models testing on the Nordschleife, but you do need to know the models well

What Happens When You Drag Race a Porsche 911 GT3 RS and an Aventador Roadster?

16 Sep 2020, 13:01 UTC · By: Aurel Niculescu / In the world of customizations, there is nothing that makes a specialist prouder than finishing every example of the series in a slightly different manner

16 Sep 2020, 09:58 UTC · By: Aurel Niculescu / Considering the past experience with the Germany-based exotic aftermarket specialist, their new customization program for the German SUV is quite subtle

1979 Porsche 928 with Engine Surprise Is This Week’s Bargain

16 Sep 2020, 09:00 UTC · By: Aurel Niculescu / That would be the charging capacity of Porsche's tailored solution for mobile charging on demand - the company's bespoke fleet of high-power charging trucks