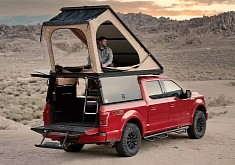 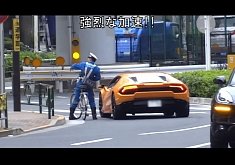 16 Jun 2021, 07:35 UTC · By: Aurel Niculescu / Except for California, the U.S. market is also getting a free-of-charge six-speed GT Sport manual transmission if anyone prefers to drive a stick shift

17 Mar 2020, 17:33 UTC · By: Andrei Tutu / The rendering sitting before us aims to portray the upcoming Rennsport incarnation of the Porsche 718 Cayman GT4 RS, which should land later this year

Porsche 718 Cayman GT4 RS Will Be PDK-Only, Coming Next Year

3 May 2017, 12:29 UTC · By: Andrei Tutu / Now that the manual gearbox has gained even more traction in the Neunelfer realm, this comparison should be pretty helpful to all the undecided folks out there

Porsche 911 Might Lose Its Manual Gearbox with Next Generation

16 Apr 2016, 10:08 UTC · By: Sebastian Toma / A Porsche engineer admitted in an interview that developing a new manual gearbox for the 911 might not happen. However, the 911 will not ditch the manual soon

13 Mar 2016, 21:57 UTC · By: Andrei Tutu / Manual transmissions can be considered the weak link in Porsche's otherwise shining technical chain, but Zuffenhausen is already working on it

10 Feb 2016, 20:21 UTC · By: Andrei Tutu / Since the two machines racing here are almost identical in terms of pricing, the reason behind their battle might not be so odd

Porsche Might Become the Last Bastion of Manual Transmissions

Dual-Clutch Transmissions Losing Out to Conventional Automatics in America

7 Dec 2015, 12:44 UTC · By: Mihnea Radu / Once viewed as the gearbox of the future, the DCT is losing ground to conventional automatics now that 8- and 9-speed units have arrived

11 Oct 2014, 08:58 UTC · By: Mihnea Radu / The Porsche Macan SUV has been looked at from every angle by just about every motoring magazine in the world. Most if not all loved it, but almost nobody has seen or driven this thing, the Maca...

New Porsche 911 Turbo Will Be PDK-Only

1 May 2013, 09:24 UTC · By: Mihnea Radu / Everybody says they want a manual gearbox for their supercar on the internet, but when it comes time to actually buy a car, very few people actually go for the traditional stick because it makes the...