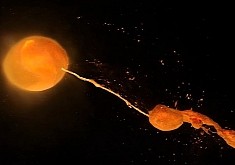 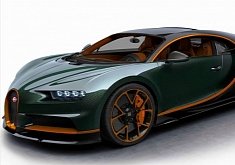 22 Mar 2018, 15:41 UTC / Ford to use sensors to map parking lots and relay information about vacant spaces to other cars so that they would not waste time looking for one.

7 Sep 2017, 15:24 UTC / Almost all people understand how cars behave going forward, and most don't have any problem reversing either, but some would sooner learn the Bible by heart

8 Jun 2017, 14:46 UTC / A lawsuit between a woman who tripped over a speed bump and the authorities that manage the parking lot where it happened is in progress. It started in 2015

There Are Botched Parking Jobs, and Then There's This Old Lady's Attempt

5 Jun 2017, 12:39 UTC / There are so many things wrong in this video, it's hard to begin describing them. Actually, they can all be reduced to one, and she's sitting behind the wheel

31 May 2017, 13:31 UTC / A robotics company named Stanley Robotics has come up with a system that not only parks cars on its own, but it also does it more efficiently

Road Repairs Go Around A Parked Car, This Is A Clear Case of "Not My Job, Bro"

17 May 2017, 18:31 UTC / After 22 months of road work in St Louis, the team responsible for laying a fresh layer of asphalt had to go around a legally parked car. They missed a spot

2 May 2017, 18:09 UTC / A Chinese van driver tried to trick police officers in Hong Kong by drawing a parking spot in chalk around his car. It did not work out for him thanks to CCTV

Welcome to the Future: Drunk Guy Beats Up Security Robot In Parking Lot

27 Apr 2017, 14:53 UTC / Working in security can be dangerous, and it looks like robots do not have it easier than humans. A drunk guy assaulted a robot that was surveying a parking lot

21 Apr 2017, 16:04 UTC / A man from Russia posted a video on YouTube portraying an old grenade that he found was zip-tied to the front wheel of his car. He didn't blow up

One in Three British Drivers Admit They Fear Parallel Parking

8 Apr 2017, 14:13 UTC / A shopping center in New Zealand fined its visitors for allegedly violating their free four-hour parking rule by returning on the same day. Fines were voided

Raven Demonstrates That Birds Can Hurt Your Car In Weird Ways

26 Jan 2017, 17:40 UTC / To car owners, birds can be serious douchebags. They poop on cars all the time, and it can damage your paint. But what about getting a fine? Yup, it happened

10 Jan 2017, 11:57 UTC / We all love our cars, but we also have to draw a line somewhere and realize they're just pieces of metal that can get dented once in a while

The Barnacle Is a Car Clamp for Your Windshield

28 Dec 2016, 20:37 UTC / The Barnacle might look like another cruel way for THE MAN to keep you down and on your knees, but if we all bought Ariel Atoms, there would be no problem

9 Oct 2016, 15:53 UTC / One of the first things they teach us in driving school is how to park a car. Well, teaching and learning are two very different things

Movie-like Escape from Dangling SUV Is an Excitement Overdose

12 Sep 2016, 09:59 UTC / This video of an SUV hanging on top of a nine-storey parking garage is the perfect motivation to get a sunroof on your next car

Concrete Proof that Not Everyone Possesses All the Necessary Parking Skills

4 Sep 2016, 20:41 UTC / What happens when you really want something, but getting it is almost impossible? Well, you try harder, think outside the box and don't take no for an answer

26 Aug 2016, 17:29 UTC / The Ford Pass app, which is available in 160 US cities, allows users to book a parking spot at their destination before leaving. It even works without a Ford

25 Aug 2016, 12:46 UTC / A company in South Philadelphia is accused of allegedly planning a "tow trap" for some citizens. It implied lowering a "No Parking" sign to get people to park