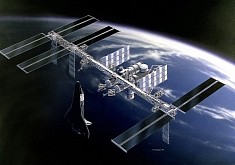 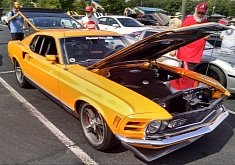 2 Dec 2016, 13:53 UTC / Oldschool is fashionable in the scooter world too, and if you want a classic-looking one with a modern heart, Scomadi is preparing something with a 400cc engine

29 Nov 2016, 15:41 UTC / Yamaha's Faster Sons program has a new custom motorcycle added to the lineup. This time it's the new SCR950 customized by Jeff Palhegyi

The 2017 Ducati Scrambler Desert Sled Has Arrived At EICMA

Royal Enfield Himalayan Could Be Sold In Europe

4 Nov 2016, 13:34 UTC / Royal Enfield is bringing the Himalayan retro adventure motorcycle to EICMA. It might be on sale in European dealerships next year

2 Nov 2016, 15:11 UTC / Harley-Davidson is announcing more toys in the accessory department for its big tourers and trike models. One of them is air-related too

Custom BMW R nineT Getting A Female Touch For SEMA

1 Nov 2016, 13:37 UTC / Jessi Combs and Theresa Contreras are two well-known fabricators in the custom industry, and now they are taking on a BMW R nineT

Ural Motorcycles Teaches You How To Ride A Sidecar Bike

31 Oct 2016, 15:46 UTC / Do you have what it takes to ride a sidecar motorcycle? If not, Ural Motorcycles has the best instructional video on how to do so

26 Oct 2016, 14:55 UTC / The Piaggio Beverly range got upgraded for the next riding season, coming with improved engines and more standard features

BSA Could Be Back As Mahindra Takes Over

21 Oct 2016, 14:16 UTC / Ducati isn’t done teasing as it just posted a new clip to gives a glimpse at another motorcycle based on the Scrambler - the Cafe Racer

20 Oct 2016, 13:17 UTC / Apparently, Ducati is planning to give its Scrambler model a bigger brother and here you can watch the first teaser that proves so

20 Oct 2016, 10:07 UTC / YES! Triumph revealed its new Bonneville-Based Bobber and is the simple, honest, gorgeous-looking one we were waiting for

19 Oct 2016, 12:14 UTC / The new generation Milwaukee-Eight engine came out just in time as Harley-Davidson is slightly low on sales, especially in the US