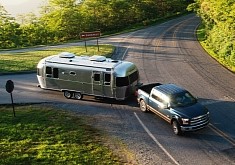 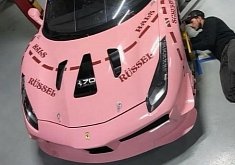 5 Oct 2020, 03:38 UTC · By: Elena Gorgan / Over-excited fans spot the actor and crew casually hanging out on top of the train, in preparation for a new stunt for the movie, get two waves and smiles

13 Sep 2020, 05:15 UTC · By: Elena Gorgan / The 70-year-old actress is on the set in New Zealand, shooting scenes for the four Avatar sequels planned. Dr. Grace Augustine lives and is as tough as ever

Tom Cruise Rode a Honda Off a Mountain Cliff for MI7 Norway Stunt, Not a BMW

9 Sep 2020, 09:04 UTC · By: Elena Gorgan / Viral footage from the set of the film was legit, photos confirm. They also show that Ethan Hunt is no longer riding BMW bikes, at least for the time being

Tom Cruise Rides His Bike Over a Mountain Cliff, While Chased by Helicopter

8 Sep 2020, 04:20 UTC · By: Elena Gorgan / Mission: Impossible 7 is now shooting in Norway, and the top of the mountain Helsetkopen is where Cruise jumps off a ramp into the abyss

Tom Cruise Launches 500 Feet in the Air on Dirtbike, Pulls Off Difficult Stunt

24 Aug 2020, 12:21 UTC · By: Elena Gorgan / This is said to be the most expensive stunt ever performed in the UK, and trial runs almost set the entire set on fire when the dirtbike exploded

13 Aug 2020, 09:59 UTC · By: Elena Gorgan / This should have been the biggest and most spectacular stunt shot in the UK. Things didn’t go as planned and the landing of the bike set fire to the entire set

The Stunts of Ford v Ferrari Look and Feel Real, Because They Are