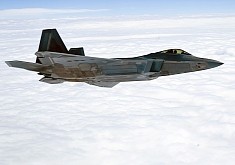 22 Dec 2016, 12:18 UTC / Care for a personal motorcycle assistant in the future? Check out Kawasaki’s idea of artificial intelligence-fitted bikes

1 Nov 2016, 15:29 UTC / Parking your precious two- or three-wheeler outside for long term isn’t doing it any good. Why not invest in a private folding garage like this?

Spoil Your Kid With An Electric Polaris Slingshot

27 Sep 2016, 11:24 UTC / Peg Perego has launched a new electric Polaris Slingshot toy vehicle for children, and it looks almost like the real thing

22 Sep 2016, 11:16 UTC / Last year’s Indian apparel offering was quite impressive, but the motorcycle maker is increasing it even more for the next season

20 Sep 2016, 11:48 UTC / If you haven’t heard the news yet, GoPro has released a new range of video recording devices and accessories. Meet the HERO5

9 Sep 2016, 12:56 UTC / Bad stuff can happen while riding a motorcycle or scooter and sometimes it’s better to have it recorded on camera. The Hummer was specially developed for that

6 Sep 2016, 13:47 UTC / Ride smart in your future adventures with some new Dry Pods-fitted waterproof saddlebags from Giant Loop. Keep stuff dry or your beer on ice

2 Sep 2016, 14:24 UTC / If automakers are betting big on autonomous cars, motorcycle manufacturers like Kawasaki are trying to implement AI into their bikes to understand the rider

2 Sep 2016, 12:44 UTC / Whoever wondered what really happens in a combustion engine should watch this two-stroke with a plexiglass cylinder head

29 Aug 2016, 12:43 UTC / If you're still rocking standard bulbs for your motorcycle turn signals, these new high-intensity LEDs might interest you

Motorcycle Sharing Service Available in the US

26 Aug 2016, 11:40 UTC / Don’t have a motorcycle for a short, enjoyable ride? RidersShare is here to hook you up if your driving record is clean and have a valid credit card

23 Aug 2016, 13:39 UTC / Configuring your new Yamaha Sports Tourer is now simpler than ever as the bike builder just released a new app specially dedicated to the range

23 Aug 2016, 12:29 UTC / The original Jet Ski is returning after years of absence as Kawasaki released a clip teasing its upcoming SX-R stand-up model

Your Water-Motorcycle Is Here, Meet the Jetovator, Ride the Hose

4 Aug 2016, 11:37 UTC / Not sure how many of you are aware of this, but there is a bike-resembling toy you can ride above water and do tricks at the beach

20 Jul 2016, 16:04 UTC / We found a niftly little kit that allows you to raise the rear wheel of your motorcycle off the ground without a heavy bikestand and cleanly lube the chain

20 Jul 2016, 14:43 UTC / Strapping a map to your fuel tank is primitive technology already as BMW Motorrad is partnering with Rever to bring best riding app

19 Jul 2016, 14:08 UTC / Let me guess, you tried make a cool short clip with your bike but the end result doesn't look that professional. Well, here are some tricks

8 Jul 2016, 09:04 UTC / The AdMore Lighting brake light will signal that you are slowing down even if you don't apply the brakes, letting other motorists know what's happening