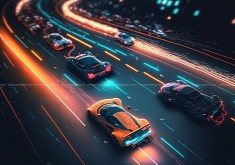 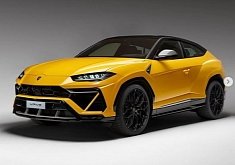 5 Jun 2019, 15:06 UTC · By: Elena Gorgan / Surveillance video shows Indian woman taken by surprise by an apparently armed thief who wanted her necklace, fighting him and chasing him off

London’s Met Police Use Cars to Knock Moped Thieves Off Their Bikes, at Last

29 Nov 2018, 14:27 UTC · By: Elena Gorgan / Statement confirms “tactical contact” strategy has been in use since October 2017, has already contributed to a significant drop in number of mopped crimes

24 Sep 2018, 11:39 UTC · By: Elena Gorgan / Actor tells Ellen he stopped gang from mugging Deliveroo guy, but admits that the details of his “rescue” were blown up in the media, thanks to an Uber driver

Woman is Knocked Off Bike, Ran Over by Truck, Survives

17 Sep 2018, 09:35 UTC · By: Elena Gorgan / Truck driver accidentally hits biker, throws her under. CCTV footage shows her getting up and walking on her own as if nothing had happened

Police Officer Gets Knocked Off His Bike in Chase, Bystanders Refuse to Help Him

Baby Rides Alone on Bike After Parents Are Thrown Off, Survives

22 Aug 2018, 12:35 UTC · By: Elena Gorgan / Bengaluru Police use footage of the accident to stress the importance of obeying rules, not risk the lives of innocent children

17 Aug 2018, 07:06 UTC · By: Elena Gorgan / CCTV footage is posted on social media, goes viral. Have-a-go hero takes matters into his own hands, is praised for his quick thinking

Graphic: Woman Saved by Her Helmet as a Concrete Truck Runs Over Her Head

10 Aug 2018, 09:50 UTC · By: Elena Gorgan / Mother of 2 from China was riding her scooter when the door of a parked car opened suddenly, throwing her in the path of an incoming truck

5-Year-Old Drives Scooter Like a Boss, With Mom, Dad and Sister in The Back

6 Aug 2018, 09:03 UTC · By: Elena Gorgan / Viral video shows incredible moment parents took “being cool for your kid” to the extreme, risking their and other people’s lives in the process

30 Jul 2018, 13:57 UTC · By: Elena Gorgan / Brave woman grabs the keys from a moped thief’s hand, while another man knocks their motorcycle to the ground, forcing them to run on foot

Drunk Idiots on Moped Crash into a Cow in Russia

Builders Chase Moped Thieves Away, After Attack on Mother and Toddler

Gang Steals GBP 20,000 Worth of Scrambler Bikes in Under 2 Minutes

26 Jun 2018, 15:13 UTC · By: Elena Gorgan / Business from Runcorn, Cheshire is hit hard by another robbery, owner says it’s ruining the sport – and running him out of business

26 Jun 2018, 13:14 UTC · By: Elena Gorgan / Police give chase to 3 men on mopeds, chase ends abruptly at busy roundabout in Manchester and is caught on dashcam video

Courier Stops Moped Thieves from Stealing Motorcycle, Refuses to Be a Victim

19 Jun 2018, 14:17 UTC · By: Elena Gorgan / 22-year-old Omar stands up to thieves armed with machete and angle grinder, chases them away because he refuses to be intimidated

12 Jun 2018, 11:30 UTC · By: Elena Gorgan / Reformed mugger Lucas explains how he made a living as a moped thief, says he has “no remorse” about what he’d done because he never used a weapon

11 Jun 2018, 11:58 UTC · By: Elena Gorgan / Former Scotland Yard detective and terrorist consultant David Vicedette urges the people of London to stand up to the thieves

11 Jun 2018, 11:09 UTC · By: Elena Gorgan / Moped crime in London is declining, but still at troubling quotas and new tactic should help tackle the issue, report says

19 May 2016, 16:46 UTC · By: Vlad Mitrache / You'd think everybody knows that it's absolutely paramount to see where you're going when operating a motorized vehicle, but you'd be so wrong