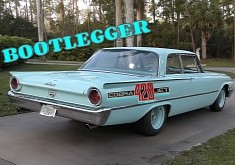 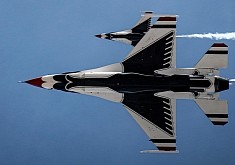 28 Oct 2022, 07:11 UTC · By: Cristian Gnaticov / Offered with a choice of two powertrains, the 2023 Mercedes-Benz B-Class is joined by the A-Class Hatchback and Sedan in the brand's UK lineup

5 Oct 2022, 11:59 UTC · By: Aurel Niculescu / The German automaker pledges the updated B-Class “stands out clearly from the crowd” because of “unique sporty proportions” and more

Mercedes-Benz Giving Its Dullest Car a Nip and Tuck, You Know the Model, Don't You?

Watch Out, BMW 2 Series Active Tourer, the Mercedes-Benz B-Class Is Getting a Nose Job

What if Genesis Made a Minivan? Illustrations Preview the Hypothetical People Carrier

These Are the Models Mercedes Won’t AMG-ify Anytime Soon

25 Sep 2019, 11:19 UTC · By: Mircea Panait / Unfortunately for the B-Class and EQC, Mercedes-AMG doesn't plan on giving them better handling or more power in the foreseeable future

Mercedes-Benz A- and B-Class Get Plug-In Hybrid Power, Cars Already on Sale

3 Oct 2018, 09:11 UTC · By: Daniel Patrascu / Mercedes-Benz's new B-Class MPV is on the floor of the Paris Motor show. Photos taken in Paris shows the extent of modifications for the new generation.

30 Sep 2018, 20:52 UTC · By: Mircea Panait / If the 2 Series Active Tourer isn't to your liking, Mercedes-Benz would be thankful take the all-new-for-2019 B-Class into consideration as your new family car

12 Dec 2017, 15:29 UTC · By: Mihnea Radu / The B-Class is wearing false body panels and heavy camouflage during winter testing, suggesting its debut is about six months away

13 Oct 2017, 15:27 UTC · By: Mihnea Radu / Mercedes probably hates that this photo has been taken. But we're frankly surprised by the B-Class Tourer's will to survive

5 Jan 2017, 13:27 UTC · By: Mihnea Radu / I bet the B-Class is the car every German engineer wants for his family. But, people aren't into subtle things, they want crossovers and stuff

22 Oct 2015, 14:12 UTC · By: Vlad Mitrache / The advent of the EVs was supposed to level the playing field for the established automakers and for new companies alike, and that's exactly what happened

19 Nov 2014, 16:47 UTC · By: Mihnea Radu / As you might have heard, Mercedes has just released a facelift for the B-Class compact tourer. And when we say facelift, we mean some minor cosmetic tweaks and changes to the equipment levels. Re...

Get Behind the Scenes of OneRepublic’s New Video: I Lived