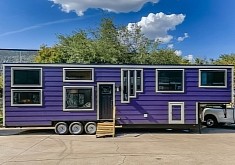 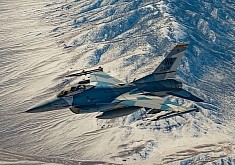 24 Jun 2022, 14:44 UTC · By: Dragos Chitulescu / The Goodwood Festival of Speed provided the world with a tear-jerking moment as former MotoGP World Champion Wayne Rainey was reunited with his Yamaha YZR500.

Marc Marquez Will Get Fourth Operation to His Shoulder, Miss the Most of the Season

Marc Marquez Is Getting Better, There's a Good Chance He Might Race in 2022

23 Dec 2021, 11:05 UTC · By: Sebastian Toma / Eight-time MotoGP World Champion Marc Marquez is reportedly making progress on his diplopia diagnosis. The Spaniard got injured in an accident in October

MotoGP Inspired Honda RC213V-S Costs as Much as a Ferrari, Comes With Zero Miles

29 Apr 2021, 17:31 UTC · By: Dragos Chitulescu / Riding a MotoGP motorcycle is something a lot of riders dream of but will probably never achieve, but Honda was considerate enough to build a road-going replica

20 Apr 2021, 11:53 UTC · By: Vlad Radu / This season, MotoGP riders who are consistently fast in qualifying sessions can win the most powerful production BMW ever built, the 626-hp M5 CS

3 Jul 2017, 12:21 UTC · By: Gabriel Brindusescu / Repsol Honda gained another victory this season with Marc Marquez winning the Sachsenring round, also representing his 8th consecutive win at the track

Marc Marquez Sides with Shoei Helmets at Least Until 2018

28 Jun 2016, 14:44 UTC · By: Florin Tibu / Two-time MotoGP World Champion renews contract with Shoei helmets until at least 2018, even though it's not going to be Aldo Drudi painting the lids

2 Jun 2016, 14:34 UTC · By: Florin Tibu / It's now official, Marc Marquez will be a Repsol Honda rider for the upcoming two seasons, teaming up with current HRC rider Dani Pedrosa

24 May 2016, 08:09 UTC · By: Florin Tibu / The Mugello crowd booed both Marc Marquez and Jorge Lorenzo when they stepped on the podium, and the two riders had mixed reactions

23 May 2016, 08:50 UTC · By: Florin Tibu / Mugello saw an epic battle between Lorenzo and Marquez, with Yamaha winning by a 0.019-second margin, while Rossi abandoned with a blown engine

19 May 2016, 13:45 UTC · By: Florin Tibu / Dorna increased the security around Marc Marquez and Jorge Lorenzo at Mugello, providing them with bodyguards and limiting their movement around the track

Marquez - The King of the Americas, Rossi Crashes Out of the Race in Austin

11 Apr 2016, 09:30 UTC · By: Florin Tibu / Marquez wins at COTA for the fourth time, Rossi crashes out early in the race, Iannone gets on the podium but his unfortunate teammate does not finish

Marquez Wins the Crash-Ridden and Crazy Argentinian Grand Prix, Lorenzo on the D

4 Apr 2016, 08:16 UTC · By: Florin Tibu / The Argentinian GP tells about how spectacular the 2016 championship will be, with fierce track battles and unexpected developments

After VR46 Racing Apparel and GP Rooms, Marquez Breaks Up with Drudi Performance

11 Feb 2016, 13:16 UTC · By: Florin Tibu / Drudi Performance is the new name on Marc Marquez' persona non grata list because the Italian designer is "too close to Valentino Rossi"

8 Feb 2016, 17:50 UTC · By: Florin Tibu / The management of the Marquez brothers confirms their separation from Rossi's VR46 Racing Apparel and the GP Rooms business ran by the Nieto family

3 Feb 2016, 16:43 UTC · By: Florin Tibu / The Grand Prix Commission wants a new panel to solve the race incidents, while the Race Direction continues to deal with running the race, marshaling and safety

Marquez Severs Business Relaltionships with Rossi and His Close Ones

27 Jan 2016, 10:49 UTC · By: Florin Tibu / Marc Marquez is burning all the bridges that tie him to Valentino Rossi and other people that are close to the nine-time World Champion

The Rossi vs Marquez Case Still Needs a Lot of Explanations

22 Jan 2016, 13:23 UTC · By: Florin Tibu / The guys directly involved in MotoGP try to play it cool and say things are alright, but the Rossi-Marquez incident at Sepang is far from being a clear thing