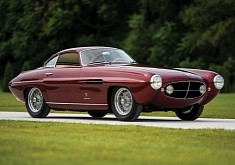 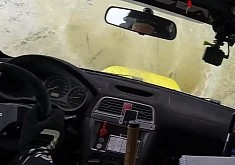 12 Apr 2021, 17:53 UTC / GM has announced a brand-new navigation solution that lands as an in-vehicle app available for select 2018 model year and newer cars

25 Feb 2021, 09:43 UTC / Apple has launched its turn-by-turn navigation features in the United Arab Emirates, but according to a report, key features are still missing

16 Oct 2020, 09:43 UTC / BMW R 1250 RT gets updated for the new model year, first Motorrad bike to use a screen that allows maps to be displayed directly in the instrument cluster

18 Jun 2020, 08:03 UTC / New versions of Google Maps are now available for download on Android and Android Auto, and at least one new feature is available

3 Mar 2020, 19:45 UTC / Aerial photos published on Google Maps show fire crews putting out a blaze after what appears to be a simulated crash between a bus and a car

Quantum Computers Are About to Forever Change Car Navigation

Google to Allow EV Charging Payments in the Maps App

22 Dec 2015, 10:47 UTC / The carmaker will bring its new map-making technology at CES 2016. Totyota plans to use onboard cameras to improve maps for navigation pourposes

There’s Something About Tesla’s New Autopilot Software You May Want to Know: Maps

15 Oct 2015, 09:12 UTC / Any car of the future that will drive itself through traffic needs the best GPS maps available in the world. Elon Musk is on it already, apparently

21 Jun 2015, 10:55 UTC / It seems like BMW, Audi and Mercedes-Benz are hitting a lucky strike in their attempt to buy the Nokia HERE Maps division from Nokia