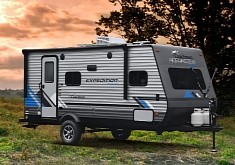 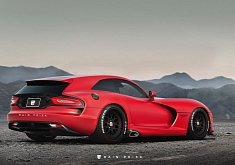 Ford Starts Cutting Those Jobs It Said It Would, First 3,000 Employees Notified This Week

This Non-American Carmaker Is on a Hiring Spree, It's Also Building a Plant in the U.S.

6 Aug 2022, 03:11 UTC · By: Florin Amariei / How about a nice, encouraging surprise during these trying times? This company is one of few that wants more employees in these troubled times

21 Jul 2022, 00:02 UTC · By: Florin Amariei / The American automaker hinted a couple of times at some problems with their internal combustion engine (ICE) lineup, but this decision is surprising

26 Apr 2022, 13:20 UTC · By: Sebastian Toma / Bentley had decided to expand its workforce by 100 people and wants all the newly hired people to be engineers. This is what you need to know about it

6 Dec 2021, 15:04 UTC · By: Gustavo Henrique Ruffo / CLEPA (European Association of Automotive Suppliers) commissioned PwC Strategy& with a study about the impact of the EV shift

15 Jun 2021, 07:10 UTC · By: Gustavo Henrique Ruffo / The automotive industry plans years in advance, and the truth is that any discussion about saving jobs is primarily theoretical at this point.

Apple Looking for Car Engineers, And This Has Nothing to Do With CarPlay

13 Jan 2021, 05:45 UTC · By: Bogdan Popa / Apple has recently posted a job ad for a “car experience SQA engineer,” and obviously, this is most likely related to the highly anticipated Apple Car

27 Nov 2019, 10:55 UTC · By: Alex Carausu / The Dieselgate scandal and the high cost of the electric drive makes Audi hard to manage, as CEO Schot is starting to renovate and plan for the future

These Automotive Jobs Can't Be Done By Machines (Yet)

14 Oct 2019, 14:18 UTC · By: Andrei Nedelea / With the advent of manufacturing robots and Artificial Intelligence, you would think that most jobs out there will soon be taken over by machines

12 May 2016, 13:21 UTC · By: Mircea Panait / People of Phoenix, Arizona, Google needs your help. If you feel up to the job of driving a self-driving car for six to eight hours a day, then apply here

Lamborghini Will Hire 500 Extra Employees for the Urus SUV Project

26 Jan 2016, 12:22 UTC · By: Alexandru Monenciu / For the Urus project, Lamborghini is expanding its production site and will hire no less than 500 new employees. Around 180 have already been taken aboard

21 Mar 2015, 13:06 UTC · By: Ionut Ungureanu / Uber’s plans of partnering up with UN Women would have been another big step in turning them into a reliable service, however it seems they are not interested

12 Mar 2015, 10:01 UTC · By: Ionut Ungureanu / The giant transport company has just announced they have partnered up with UN Women with the goal “of accelerating economic opportunity for women"

German Graduates Want to Work for BMW, Audi and VW

1 May 2013, 14:48 UTC · By: Mihnea Radu / The European auto segment is still shrinking, but German graduates still have faith in country's resilient auto industry. Companies like Audi, BMW and Volkswagen are at the top of the most popu...

3 Apr 2013, 08:17 UTC · By: Mihnea Radu / Though Europe is still gripped by recession, though many would agree the auto industry has hit rock bottom. Layoffs and plant closures are costing Ford, Opel and Peugeot a lot of money, while Volksw...

21 Nov 2012, 14:06 UTC · By: Vali Mihaescu / French auto parts supplier Valeo SA announced they will cut 5,000 jobs worldwide as a response to the decline of the economic stability. The company said that the drop in output will reduce the reve...

Daimler Pulls the Plug on Sterling