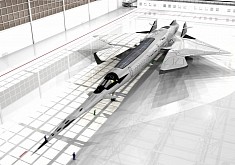 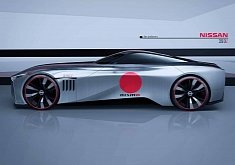 12 Aug 2021, 13:49 UTC / It's essential to prepare when you travel with an RV and apart from supplies and gear you should also download the right apps

29 Jul 2021, 05:03 UTC / The latest version of Google Maps adds support for widgets, a feature that Apple officially released back in the fall with the introduction of iOS 14

Mysterious Connection Issues Hitting CarPlay and Nobody Knows What to Do

28 Jul 2021, 07:26 UTC / CarPlay, which is often described as the more reliable alternative to Android Auto, is now plagued by connection issues happening randomly

New Apple Maps Spotted in Italy, Though It Could All Be Just an Error

21 Jun 2021, 11:17 UTC / Apple is believed to have started the testing of the new Apple Maps experience in Italy, though some evidence indicates it may be just an error

Apple Is Finally Building the Google Maps Alternative Everybody Needs

8 Jun 2021, 07:25 UTC / The next version of the iPhone operating system is coming with a massive Apple Maps update that also includes navigation improvements

If Your iPhone Loses Battery While Running CarPlay, You’re Not Alone

2 Jun 2021, 22:30 UTC / The latest iPhone update is significantly impacting battery life, causing massive drains even when the device is connected to power

This Simple Trick Could Fix CarPlay After the Latest iPhone Update

30 May 2021, 21:15 UTC / Several users are complaining that updating their iPhones to iOS 14.6 broke down CarPlay, as the app no longer launches on connect

25 May 2021, 05:41 UTC / The newly shipped iOS 14.6 is believed to include some critical CarPlay fixes, including Siri failing to read messages from one end to another

23 May 2021, 10:57 UTC / Users who have updated their iPhones to the latest iOS versions claim the music is skipping and stuttering when launching CarPlay

8 May 2021, 07:28 UTC / iOS 14.6 comes with a bug that causes Siri to cut off halfway through a spoken direction when navigation is running on the phone and CarPlay

6 May 2021, 09:00 UTC / Apple has recently released iOS 14.5.1 to resolve security problems in the operating system, yet it looks like it’s breaking down a CarPlay feature

CarPlay Bug Causes the Menu to Freeze, and There’s No Good News on This

26 Apr 2021, 07:10 UTC / An issue hitting some CarPlay users causes the menu to become unresponsive for no clear reason, and no fix is known to be coming

13 Feb 2021, 09:27 UTC / Google hasn’t released any updates for many of iOS and CarPlay apps since early December, and some displayed out of date warnings

5 Feb 2021, 06:37 UTC / iOS 14.5 beta, which was officially released by Apple earlier this week to developers and public testers, comes with a couple of big CarPlay issues

28 Jan 2021, 07:09 UTC / The most recent iOS version is believed to cause Waze to crash when running CarPlay on the head unit; the bug isn’t impacting everyone, though

23 Jan 2021, 05:27 UTC / A recent iPhone update is said to be causing major issues on CarPlay for some users, as the audio is routed to the phone’s speakers

22 Jan 2021, 10:07 UTC / Apple has recently released iOS 14.4 RC to developers and public beta users, and it includes one important fix for the CarPlay experience

22 Jan 2021, 05:49 UTC / The next big iOS update planned by Apple, also expected to come with CarPlay improvements, will leave behind a series of older iPhones

If You Think CarPlay Is Better Than Android Auto, Just Try to Fix This Bug

21 Jan 2021, 07:30 UTC / The most recent iPhone update is now blamed for additional problems with CarPlay, as some users say the head unit no longer detects the phone

iPhones Overheating When Running CarPlay for No Clear Reason

10 Jan 2021, 10:45 UTC / if your iPhone gets hot while driving with CarPlay running on the head unit, you’re not alone; this happens occasionally regardless of iPhone model