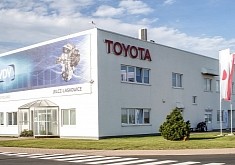 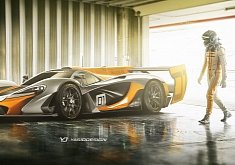 13 Jan 2022, 22:52 UTC / A new iOS update is now available for download with important improvements for CarPlay users, Apple confirms in its release notes

Google Maps and Waze Struggling on CarPlay, And We All Know Who’s to Blame

17 Oct 2021, 21:56 UTC / It just looks like iOS 15 has wreaked havoc on CarPlay, and many users say that a system that worked perfectly before the update is now a huge disaster

6 Oct 2021, 08:48 UTC / CarPlay users claim the update to iOS 15 has caused another unexpected problem, as the app keeps taking over the audio in their cars

5 Oct 2021, 09:36 UTC / While so many people are struggling with CarPlay crashes happening with a wired connection, it looks likes the wireless mode is also broken for some

4 Oct 2021, 09:31 UTC / Apple’s recently released iOS 15 update causes a nightmare in the CarPlay world, including freezes and crashes happening in the middle of the drive

2 Oct 2021, 07:15 UTC / The latest big iPhone update seems to cause pretty big problems for those using CarPlay behind the wheel, including crashes when playing music

29 Sep 2021, 07:48 UTC / The app no longer runs on CarPlay, yet the good news is the parent company is already investigating all reports, with a fix likely on the way

22 Sep 2021, 07:16 UTC / iOS 15 is the latest version of the iPhone operating system released by Apple earlier this week; the update is now live for iPhone 6s and newer

13 Sep 2021, 05:51 UTC / Users complain that after updating their iPhones to iOS 14, connecting devices to the head unit in their cars fails with an odd error

CarPlay Users Not Getting 3D Maps for Navigation Just Yet

12 Sep 2021, 06:00 UTC / Apple says this feature will indeed land on the iPhone with the release of iOS 15 next week, but CarPlay users need to wait a bit longer

1 Aug 2021, 06:36 UTC / The Cupertino-based tech giant is deprecating some SiriKit intent domains in iOS 15, including several specifically aimed at CarPlay

2 Jul 2021, 07:14 UTC / The most recent beta version of iOS 15 introduces a new icon on CarPlay to indicate when the Siri feature to announce messages is enabled

11 Jun 2021, 03:59 UTC / Apple has announced a series of improvements for CarPlay as part of the iOS 15 operating system update coming in September to supported iPhones

10 Jun 2021, 04:06 UTC / The upcoming iOS 15 due in September will include plenty of goodies for CarPlay, including new capabilities and additional polishing

9 Jun 2021, 04:51 UTC / The Cupertino-based tech giant has announced new CarPlay features that should reduce the distraction behind the wheel substantially

Apple Is Finally Building the Google Maps Alternative Everybody Needs

8 Jun 2021, 07:25 UTC / The next version of the iPhone operating system is coming with a massive Apple Maps update that also includes navigation improvements

How the Next Major iPhone Update Could Overhaul the CarPlay Experience

23 Apr 2021, 05:49 UTC / iOS 15, the next significant software update for Apple’s iPhone, will include new notification options for various modes, including driving

22 Jan 2021, 05:49 UTC / The next big iOS update planned by Apple, also expected to come with CarPlay improvements, will leave behind a series of older iPhones