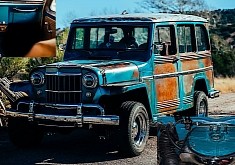 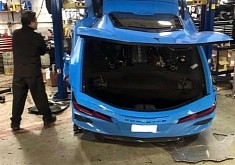 Scramjet-Powered Hypersonic Weapon Launched for the First Time, It's American

6 Aug 2021, 04:51 UTC · By: Otilia Drăgan / World's fastest aircraft, flying at Mach 5, will also be fully autonomous and reusable. After NASA, USAF is now taking this project closer to reality.

13 Jul 2021, 09:00 UTC · By: Florina Spînu / The Missile Defense Agency has launched on June 30th two nanosatellites that could play a major role in tracking missiles before they get to reach their target.

23 Jun 2021, 11:12 UTC · By: Daniel Patrascu / DARPA and Aerojet Rocketdyne conducted in May a full-scale static test firing of a unique second stage propulsion system of a hypersonic rocket

18 Dec 2018, 12:32 UTC · By: Daniel Patrascu / DARPA announced this week the creation of the Materials Architectures and Characterization for Hypersonics (MACH) program

30 Mar 2018, 08:38 UTC · By: Daniel Patrascu / NASA to announce design and manufacturing plans for the Low-Boom Flight Demonstrator (LBFD) next week, preparing for the creation of the QueSST X-Plane.