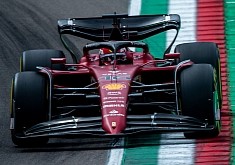 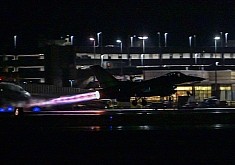 Pininfarina Is Charging Ahead on U.S. Soil and Opens Two New Showrooms

18 Jan 2022, 23:13 UTC · By: Tudor Serban / Pininfarina expands its dealer network in the U.S. and now covers more areas for those looking for an exclusive, drop-dead gorgeous hypercar

13 Jan 2022, 08:34 UTC · By: Humphrey Bwayo / James Walker of Mr. JWW gives an exclusive update on the Koenigsegg Gemera, including the configurator availability date, and plans to go fully in-house

The Bugatti Chiron Is Completely Sold Out, What's Next for the Molsheim Company?

12 Jan 2022, 11:03 UTC · By: Cristian Gnaticov / With Mate Rimac at the helm, Bugatti Rimac will focus on the future starting this year, which, like it or not, is electric

Video: This Is What the World Looks Like in a Bugatti Chiron at 259 MPH on the Autobahn

11 Jan 2022, 07:51 UTC · By: Aurel Niculescu / Hennessey Performance Engineering has created an absolute beast, whether or not its Venom F5 hypercar will be able to break any high-speed world records

7 Jan 2022, 18:28 UTC · By: Alex Oagana / This is the second time that a weird LaFerrari Aperta mule is caught being tested on public roads by Ferrari, while the carmaker approaches its 75th anniversary

Bugatti Caught Lying About the Chiron SS's 0–60 MPH Time, Here's How Quick It Really Is

6 Jan 2022, 10:56 UTC · By: Cristian Gnaticov / CarWow's Mat Watson measured the 0 to 60 mph time of the Bugatti Chiron Super Sport on a third-party device, and this is what he discovered

6 Jan 2022, 08:26 UTC · By: Aurel Niculescu / Remember, it hasn't been long since we all celebrated New Year's Eve with ample firework spectacles, but they say those are extremely hazardous

4 Jan 2022, 12:31 UTC · By: Sebastian Toma / Pagani will reveal the Huayra's successor this year, and there is an image that depicts it was leaked on social media. Here is what we know about it

3 Jan 2022, 12:32 UTC · By: Sebastian Toma / The Swedes at Koenigsegg are working on another special vehicle, but have refrained from providing more information on it. This is its first teaser

This Brand Wrote Automotive History, And Is Now Ready for a Big Comeback

1 Jan 2022, 15:20 UTC · By: Tudor Serban / While some brands from as the early 19th century are already reborn, there is one specific Spanish-Swiss brand that tries to make a glorious comeback

29 Dec 2021, 10:27 UTC · By: Cristian Gnaticov / Inspired by the La Voiture Noire hypercar, the La Bouteille Noire was sold to the highest bidder during the presentation event hosted last month in London

Porsche 918 Hypercar With Under 1,000-Miles up Will Set the New Bar for the Market

20 Dec 2021, 23:22 UTC · By: Stephen Rivers / The most technologically marvelous Porsche Hypercar ever built was only made for two years but this one has very low mileage and could be yours

Meet the Man Who Drives Bugattis for a Living, and Doesn't Like to Show It

10 Dec 2021, 01:07 UTC · By: Stephen Rivers / This delay marks just the latest in what many are calling one of the most important cars Aston Martin has ever released to the public

Bugatti Is on a Roll, Opens New Showrooms Faster Than You Can Do Your Christmas Shopping

8 Dec 2021, 10:50 UTC · By: Cristian Gnaticov / Having expanded its presence in the Middle East, Bugatti has now opened a new showroom in Manchester, in collaboration with the Sytner Group

27 Nov 2021, 07:11 UTC · By: Cristian Gnaticov / Inspired by the Type 57 SC Atlantic and one-off La Voiture Noire, the Bugatti La Bouteille Noire champagne is just as exclusive as it looks