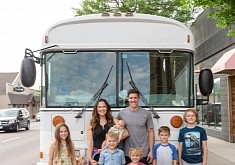 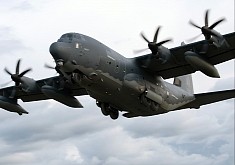 16 Feb 2022, 04:01 UTC / The UK and Japan will equip their next-generation connected fighter jets with the most advanced sensor for detecting lethal threats

12 Feb 2022, 13:54 UTC / You'll probably have to sell your house, car, and everything else to afford this fighter jet, so you shouldn't take a financial advice from us

Treat Yourself to a McDonnell Douglas TA-4J Skyhawk, It Costs Less Than a Chiron Pur Sport

8 Feb 2022, 15:49 UTC / The McDonnell Douglas TA-4J is a dedicated trainer version of the A-4F, meaning it comes with a downrated engine and no weapons systems

26 Jan 2022, 10:52 UTC / USS Carl Vinson had just started operations in the South China Sea when “a landing mishap” occurred. Seven people were injured and the aircraft has been lost

21 Jan 2022, 06:16 UTC / USAF's pilots will be able to train against the most advanced mock-enemy fighters ever, as the new groundbreaking Advanced Aggressor takes to the sky

14 Jan 2022, 17:11 UTC / The Hungarian fleet of Gripen fighters is getting upgraded with the latest version Mission System (MS) 20 Block 2 configuration

31 Dec 2021, 16:51 UTC / Recently, the U.S. Navy has completed the verification of the laser shock peening process that promises to strengthen the frame of F-35B fighters

28 Dec 2021, 04:02 UTC / Take a look at some of the aircraft and helicopters coming to the game next year, and a first glimpse at a new, unannounced map

22 Dec 2021, 22:52 UTC / The UK and Japan have recently announced plans to develop a next-generation fighter jet engine demonstrator, with some help from Rolls-Royce

18 Dec 2021, 11:53 UTC / Impulse buying is the worst, because you mostly get stuff you don’t need. Like this millionaire who bought a fighter jet.

15 Dec 2021, 05:59 UTC / The Russian fifth-generation fighter jets will be able to coordinate the attacks of four of these deadly new drones at the time time

13 Dec 2021, 05:51 UTC / Finland's Air Force will receive 64 F-35 fighter jets to replace its fleet, confirming its success once again, and the French Dassault is not happy about it.

F-35B Fighter Jet That Fell Off Carrier Ramp, Finally Retrieved From the Bottom of the Sea

8 Dec 2021, 12:28 UTC / The Ministry of Defense confirms the fighter jet has been rescued from the Mediterranean, while reports say on-board equipment is not compromised

3 Dec 2021, 09:50 UTC / The FA-18 Super Hornet was officially ditched from the competition for the future advanced fighter jet of the Royal Canadian Air Force

1 Dec 2021, 08:29 UTC / This is the first time the UK has lost one of its F-35 fighter jets, and the aircraft has not been retrieved yet. The leak is under investigation

After Decades of Service, It's Time for Australia's Aging Classic Hornets to Retire

29 Nov 2021, 12:03 UTC / The Royal Australian Air Force (RAAF) has officially retired the remaining few active F/A-18A/B Classic Hornets during a ceremony at the RAAF Base Williamtown