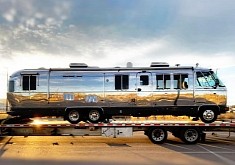 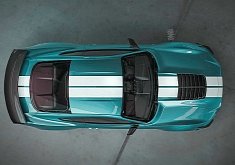 Windowless Autonomous Electric Truck to Roam through Sweden by 2020

31 Aug 2017, 13:49 UTC / A Swedish startup has unveiled the prototype for a truck that has no driver seat - and, therefore, no windows -, can drive itself and be controlled remotely

23 Aug 2017, 15:23 UTC / A small British company is developing a new electric truck platform for a trial run with the Royal Mail, and its design is almost toy-like

23 Aug 2017, 12:35 UTC / If you have some money lying around that you were going to throw away anyway, you might want to take a look at Hungarian startup eTruck Motor first

21 Jun 2017, 11:34 UTC / Daimler, the owner of the Freightliner brand and its market-leading Cascadia semi truck, thinks the Tesla Semi doesn't pose a threat

Workhorse Electric Pickup Truck Will Get Working Concept In May 2017

27 Jul 2016, 15:53 UTC / Mercedes-Benz has published the first official images of its electric truck, the Urban eTruck. It is designed for short range transport with zero emissions

If Audi Did Trucks, We Wish They Looked like These Two

6 Jul 2016, 17:42 UTC / These two concepts are the work of independent designers Artem Smirnov and Vladimir Panchenko - you didn't really think that somebody at Audi did them?

13 Jun 2016, 13:39 UTC / We're not yet at the point where EVs represent a significant proportion of our passenger cars, so thinking about trucks might be a little ahead of its time

26 Apr 2016, 19:33 UTC / A small fleet of weird-looking yellow trucks will begin to make their appearance during the Formula E races starting this weekend in Paris

BMW Built an All-Electric Truck, But You Can't Drive It

7 Jul 2015, 14:11 UTC / BMW Group will be the first automobile manufacturer in Europe to use a 40-ton electric truck for material transport on public roads

8 Sep 2011, 16:53 UTC / Coca-Cola, the world's largest beverage company, is turning a new, greener leaf when it comes to the way it delivers its products, as the company will soon take delivery of six eStar all-e...

5 May 2011, 14:00 UTC / Canada Post today announced it has added the first fully electric small delivery vehicles to its fleet, as it has purchased four eStar trucks from Navistar, a vehicle with a range of 160 kilometres ...

14 May 2010, 14:33 UTC / Navistar's first ever all-electric truck, the eStar, will hit the streets soon as part of the FedEx fleet, the truck maker announced yesterday, during a web conference with the US Department of...

18 Feb 2010, 11:31 UTC / Transportation is on its way of becoming all electric, so the United States decided to make another step in becoming more eco-friendly, more efficient and get closer to energy independence. The US P...